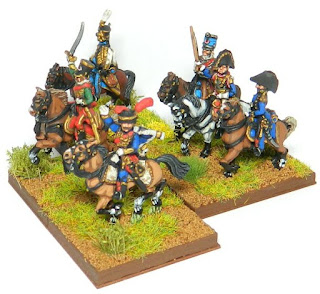 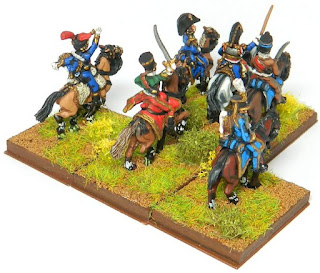 Today I am working on an army command stand.  I finished painting Napoleon, Roustam Raza, two Chasseurs a Cheval of the Guard, and a couple of aides de camp today.
Posted by Scott MacPhee at 1:49 PM