The latest issue is out, and it's a good one, well worth the $3.50 asking price.

I was able to contribute an article on painting 18mm Union infantry.

If you're interested, check it out at http://www.acwgamer.com/  I have really been enjoying the magazine, which has offered a nice balance of topics.
Posted by Scott MacPhee at 5:43 AM 1 comment:

I was able to sneak in some painting over spring break: 80 British line infantrymen from Blue Moon.

I painted two regiments: 24th and 41st Foot.  I will be fielding these regiments in Spain, so I went with a mix of Spanish brown trousers to depict regiments which had been campaigning for a while. 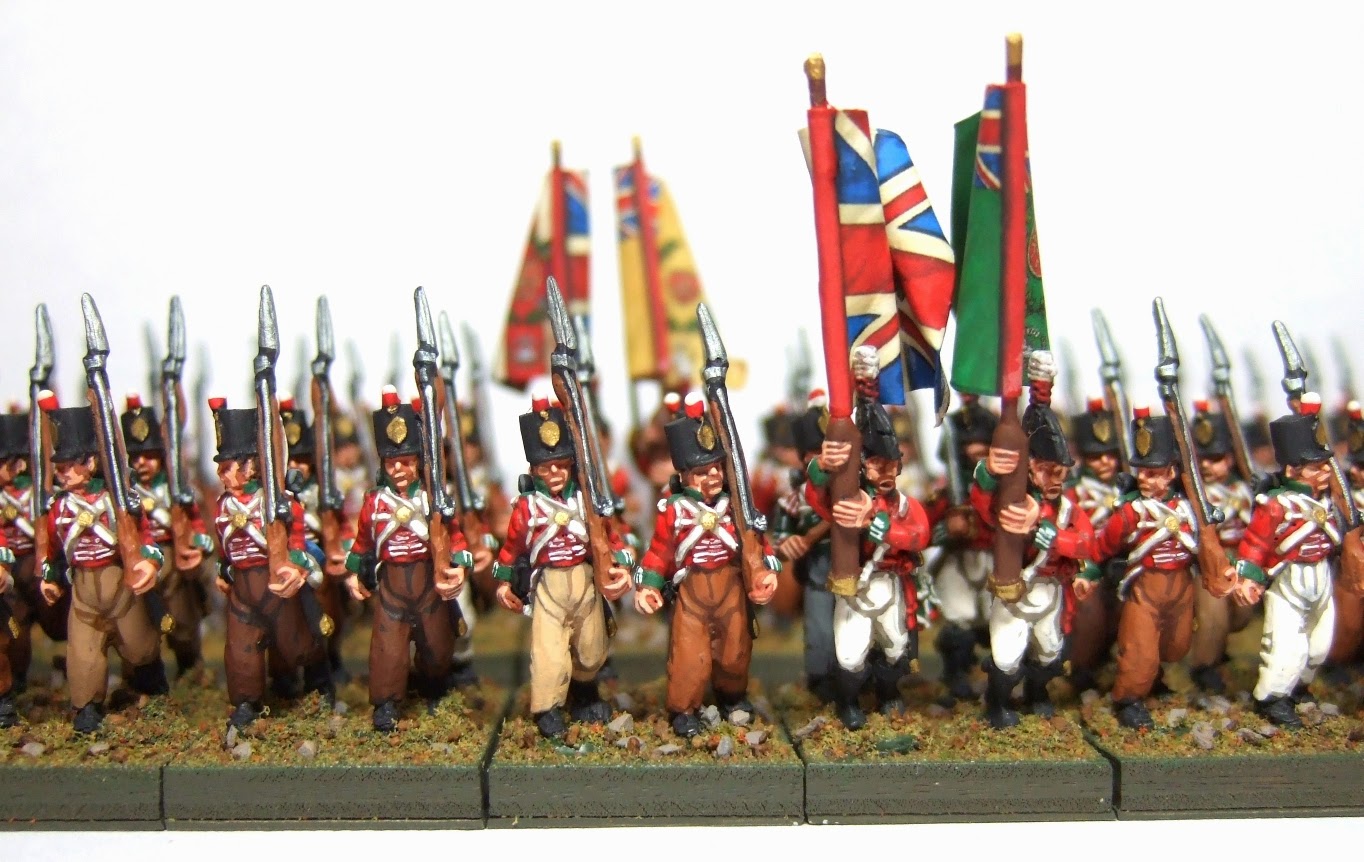 The flags are from GMB.  The figures are based for General de Brigade, 3/4" frontage by 1" depth with four figures per base. 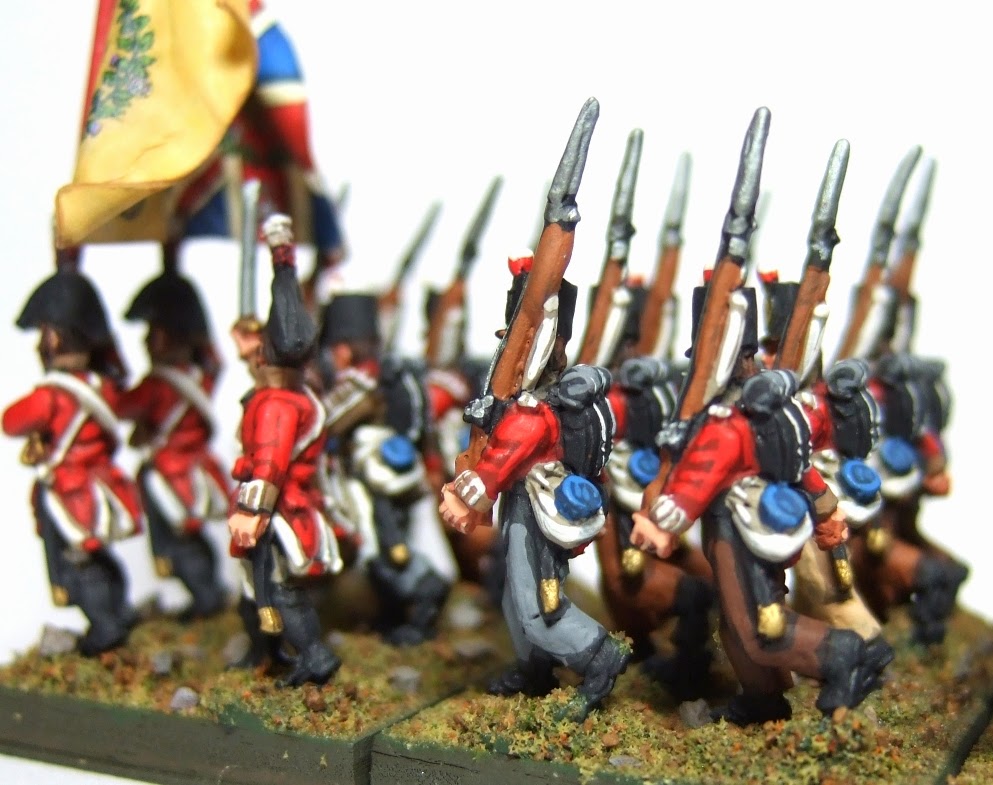 The only problem with the castings was a notch where the bayonet met the stock on one of the infantryman poses, which looked as though it might break under heavy use.  I smeared the affected area with 5 minute epoxy before priming.  You can see the resulting lump on one figure above.  It's a small defect, and I doubt it will be noticeable during play. 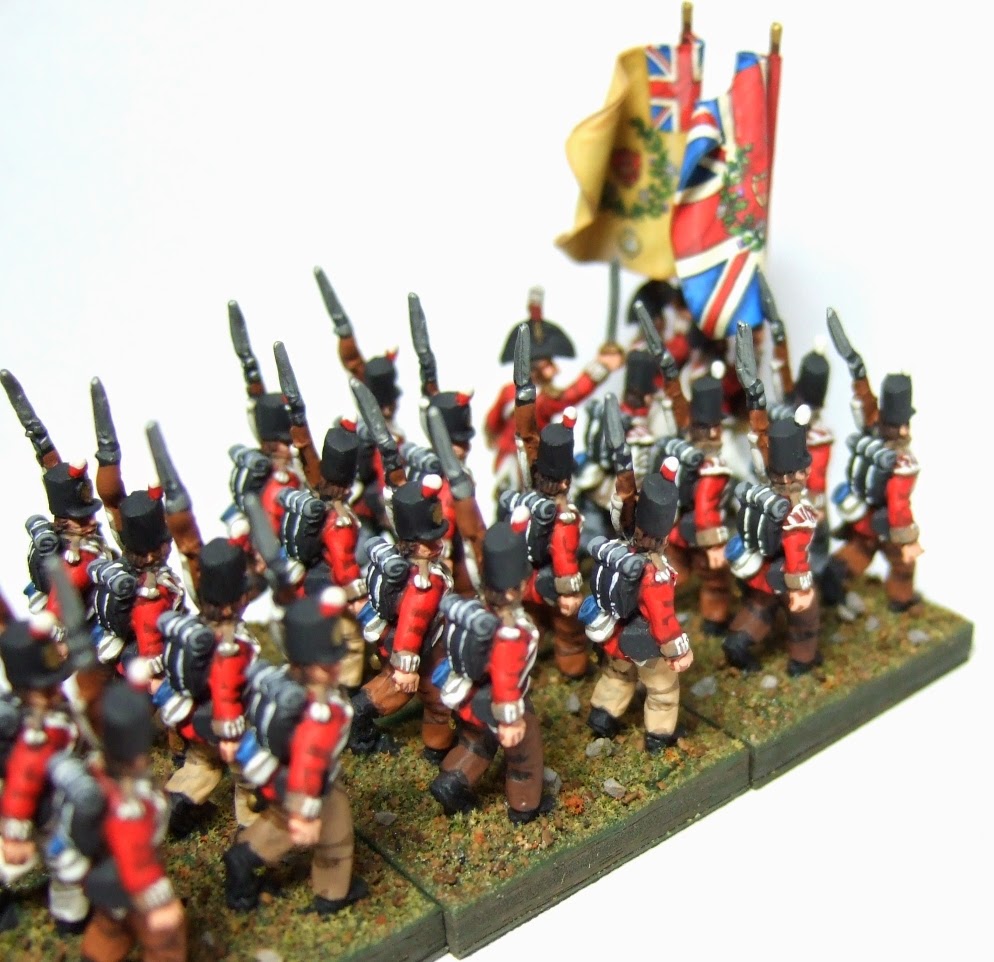 I painted these figures with a mix of Delta Ceramcoats and Vallejo (red and metallics).

I will probably add more grey trousers on my next batch of figures, but I do like that mix of browns and tans.  It helps these regiments look more distinctive. 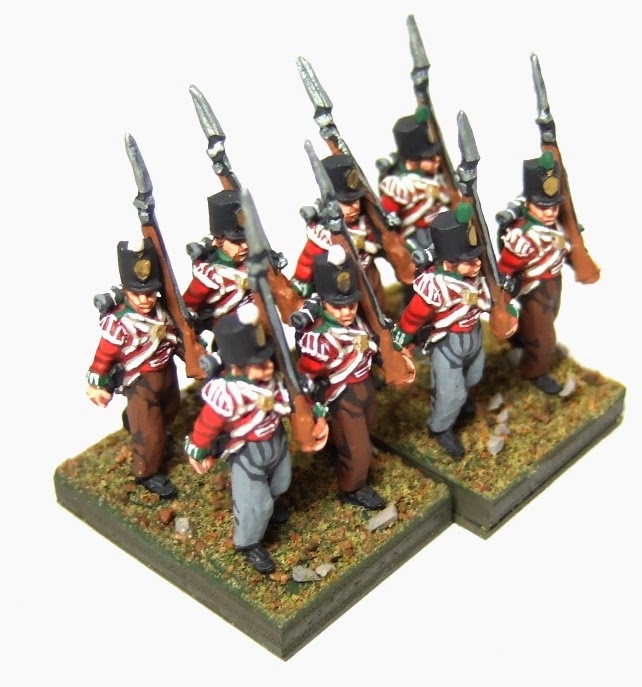 All in all, I am impressed with these figures.  They are not quite as nice as AB, but they should hold up better with frequent gaming.
Posted by Scott MacPhee at 7:55 PM 10 comments:
Newer Posts Older Posts Home
Subscribe to: Posts (Atom)