I also put the last coat of Dullcote on these figures this morning. The Roman starter army has two cavalry units, and this is the second I have finished (you can see the first here). All figures are Crusader. The spears are from North Star. Shield transfers are from Little Big Men. Bases are Litko. 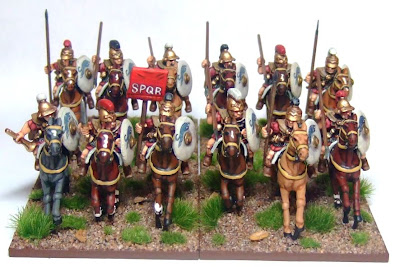 Roman cavalry don't seem to last long on the battlefield, but they do look pretty while they're there! 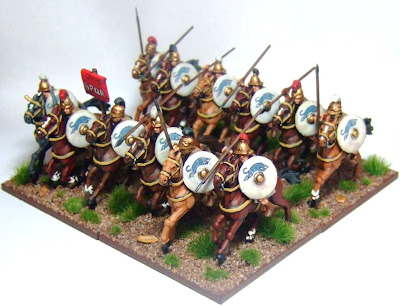 I'm still searching for the perfect combination of paints for the Roman mustard brown military cloaks. The colors here are the same combination I use for Confederate butternut: Territorial Beige over Espresso. 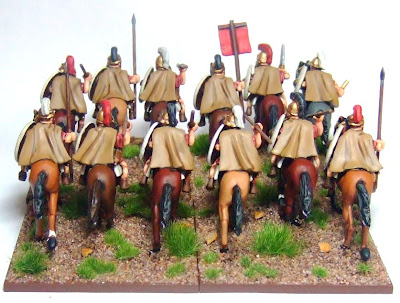 The army is almost finished now! That little gap right up front will be filled with eight bases of Velites. Just 16 more figures and I'm done! 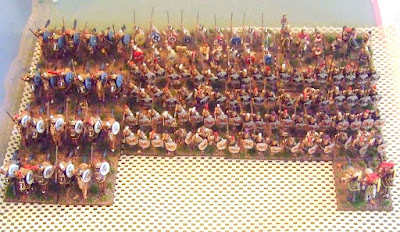 I painted these up last week and finished sealing them this morning. This is the other subordinate general for my Field of Glory Romans. The figures are Crusader pack ANR011 "Unarmored Cavalry Command." 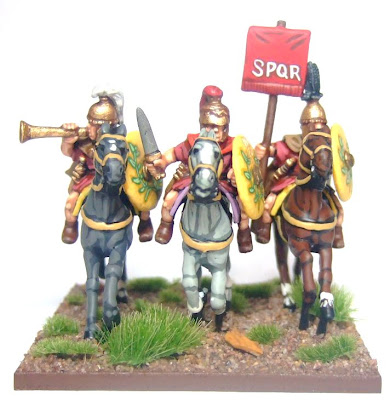 I hand painted the shields. The general's shield reads "DVX EQ," meaning "Dux Equites," or "commander of the cavalry." 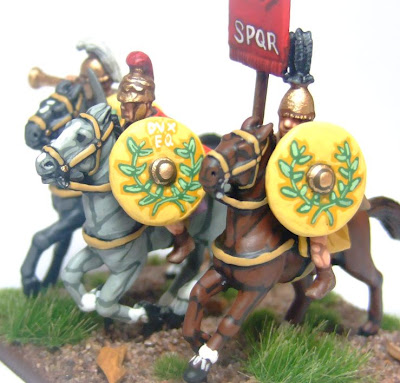 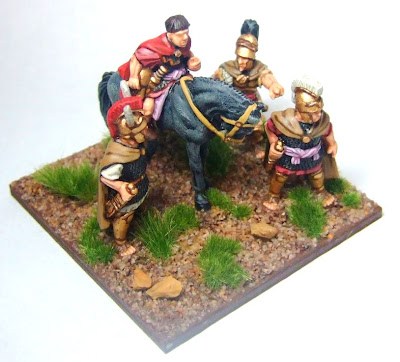 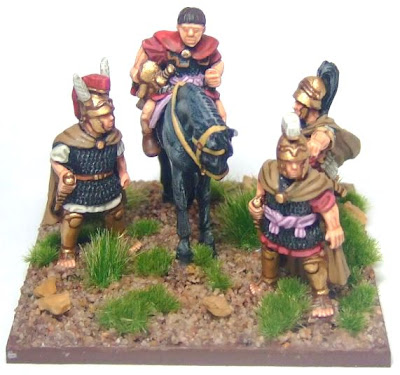 This base is one of two sub-commanders for the army. The other general stand will consist entirely of mounted figures.
Posted by Scott MacPhee at 2:36 PM 12 comments:

The latest Bunker Hill unit is ready. This is the 2nd Marines, painted in white facings with silver buttons. The Marines did not carry a flag, so we have a pretty dull command stand on this unit.

I assume the drummer would have been in the royal livery, but I went with white so I could use this unit for a British line unit with white facings. 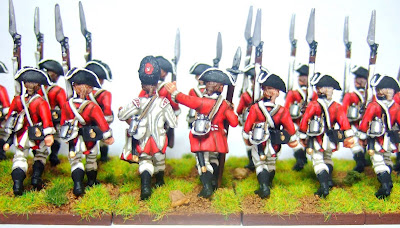 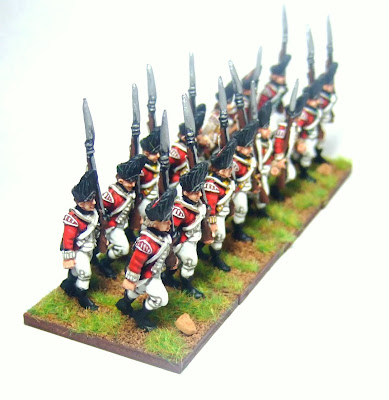 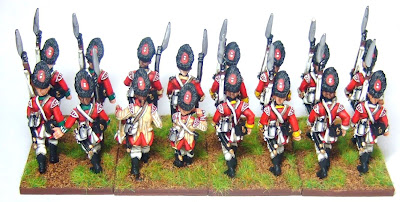 The figures are all Old Glory second edition. I like the grenadiers much better than the line infantry. They're a little less animated, which I like for marching poses.
Now I'm finishing up the 2nd Marines for Bunker Hill. I had intended to use January to finish my republican Romans, but it seems the lobsters have captured me for the moment.
Posted by Scott MacPhee at 11:40 AM 10 comments: 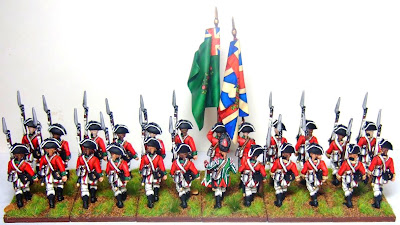 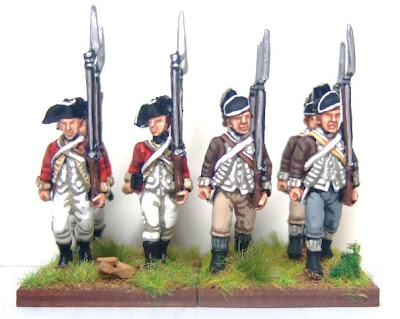