I'm unlikely ever to game with these armies again, so on to the selling block they go.


These are 1/72 scale American Civil War armies. Figures are a mix of plastic and metal. I have most of them based on 60mm bases for De Bellis Civilus, but you can base them for whatever rules you like.


These figures have seen hard service, and there is some breakage (especially flags) and paint flaking. Nothing too severe, though. If you don't mind spending a weekend touching the figures up and rebasing them, you'll have two complete armies to play with.


There are a total of 333 foot figures, 26 mounted figures, and 9 guns. Email me at smacphee at frontierdotcom if you're interested. 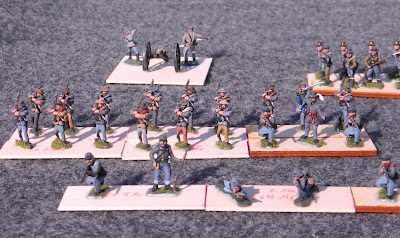 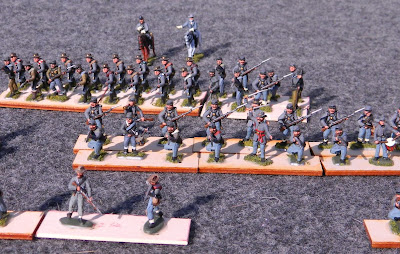 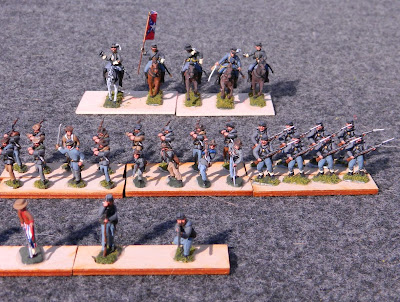 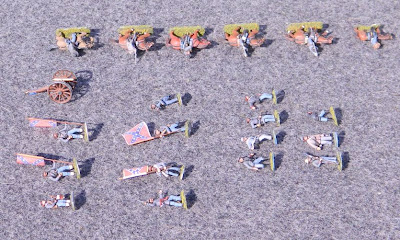 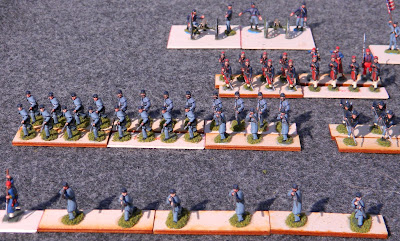 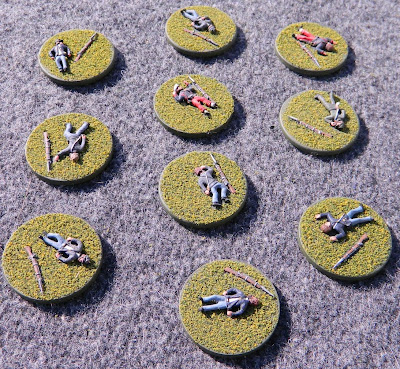 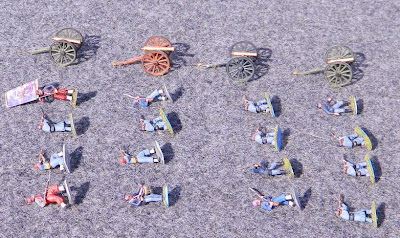 As you may guess, I have a great many painted figures. It's a challenge to store them all. I don't host many games at my house, so my figures need to be portable.
In 15mm, my solution has been to store figures in scrapbooking drawers. Each plastic drawer container has three 12" square drawers. I bought some one square foot linoleum, stuck two together, then stuck some magnetic sheeting to the top. The result is a square foot of magnetized surface, stiff enough to hold figures without bending, but light enough to lift out of the drawer.
The idea is to have all the figures secure in their storage. Each base gets a metal bottom so that they will stay put during transport.
I love Litko bases, but I have found that their "flexible steel" adhesive base bottoms don't form a strong enough bond with sheet magnets. Instead, I use Wargames Accessories' solid metal bases.
When my gaming group adopted an unusual size for our Regimental Fire and Fury infantry, I had to ask Wargames Accessories to whip up a custom sized metal base for me. Fortunately they were able to do so, and at a cost of only $.145 per base. 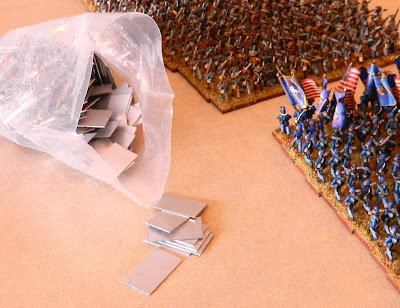 I ordered 400 of the custom cut bases, so I will have plenty on hand as I continue to paint my armies. 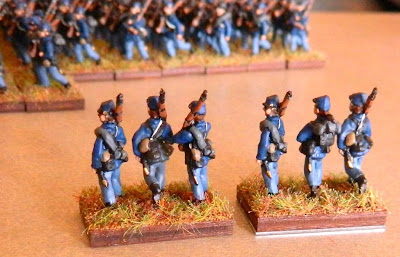 As you can see, the metal strip doesn't add much to the base height. If I worried about such things, I guess I could go with a shorter Litko base. 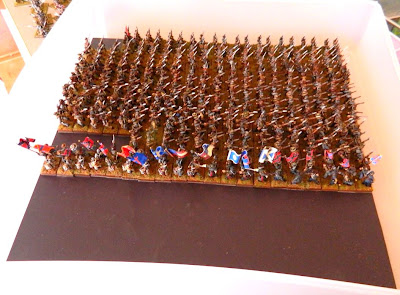 Here are the Confederates in their storage shelf. I can hold that linoleum upside down without any bases falling off. That's how good the bond is. 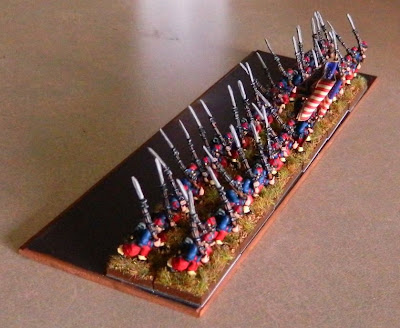 One of my projects is year is to complete enough troops to fight any General de Brigade Peninsular War scenario. For this, I will need four battalions of Portuguese line infantry.
All the figures are Old Glory. Flags are from Napflags. I painted these in block style, only using highlights on flesh. 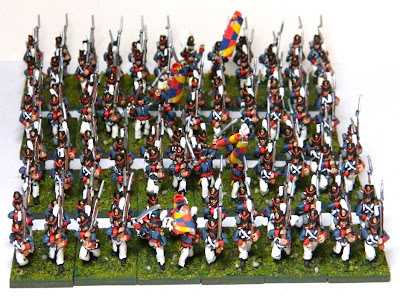 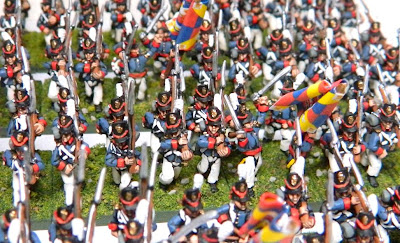 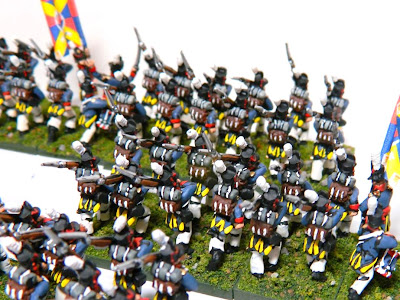