The commission is moving along.  Today I finished the 35 British regulars, painted in five different facing colors.  Figures are a mix of Foundry and Perry.

The button lace took a long time!  Today I am moving on to the last contingent, the Continentals.  I have 40 of them drying on their priming sticks right now.

Here is the Native American contingent for Glenn's game.  These are 18 Perry figures.

Check out Glenn's blog for pictures of the finished army.
Posted by Scott MacPhee at 7:59 AM No comments:

Glenn's giant Russian commission whetted my appetite.  I had not painted Russians for many years, and never in 28mm.  I decided to give some plastic figures a try. 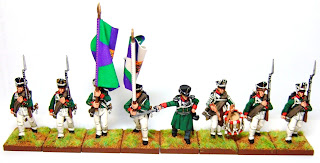 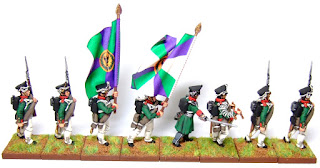 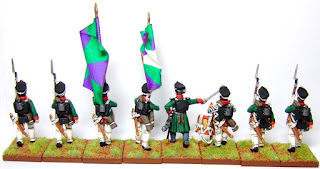 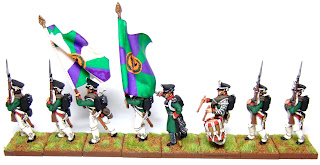 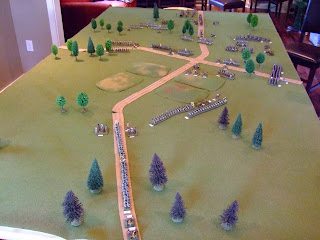 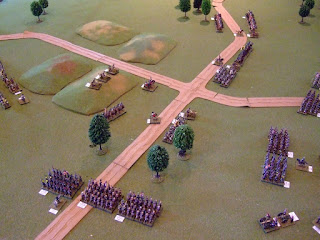 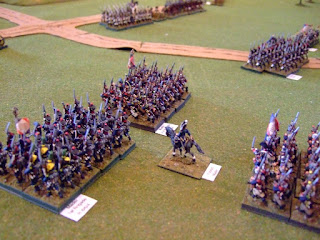 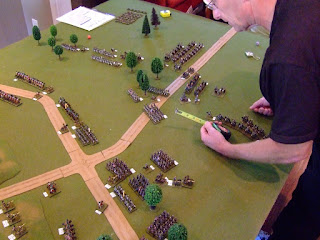 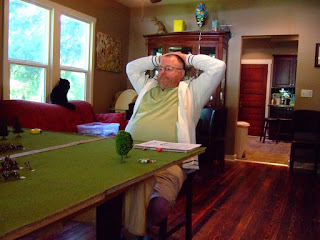 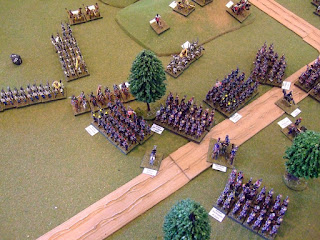 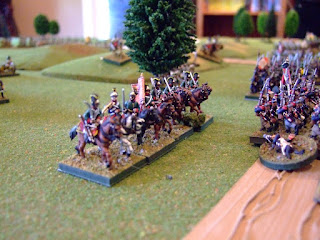 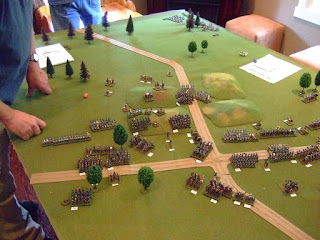 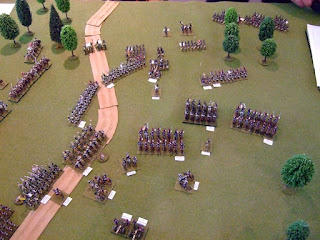 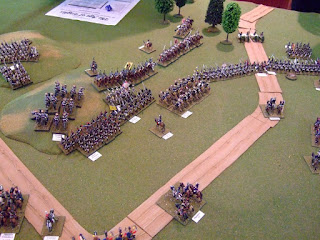 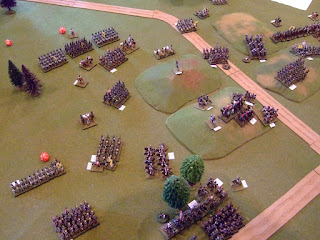 Don and Scott R. commanded the Allies, and they were good sports.  They had a good defensive position and strong artillery, but their men had been stretched very thin.  They conducted a masterly defense, keeping their lines intact until the very end.
Posted by Scott MacPhee at 9:45 AM 6 comments:

It was a long week of painting, but I managed to finish these 45 American militiamen in just four days.  In many ways, painting AWI militia is very similar to painting ACW Confederates.  You need colors that are close to each other, but recognizably different, and your palette is mostly browns and grays.

No two figures here are painted the same, although you will notice similar schemes on each stick.  I used eight different browns along with eight different highlights, two different grays, buff, off-white, red, and green.  The result is a group of soldiers in few recognizable uniforms, but with a common look.

The AWI commission has reached its halfway point.  I still have 18 Indians,35 British regulars, and 40 Continentals to paint.

Next up are twelve Hessians for Glenn's game.  I painted these all as Rall Grenadiers from a plate in Mollo.  I did not have the courage to attempt pinstriped pants, however.

Figures are all Perry.

Here are 45 loyalists for Glenn's game.  The figures are all Perry, a mix of British light infantry, Tarleton's Legion, and Queen's Rangers.