This morning I finished up these 74 horsemen.  72 of them are dragoons, and two are Russian mounted officers.

I like to paint the light cavalry on lighter colored horses and the heavies on darker mounts.  There are five basic horse colors here with variants on highlights and tails/manes.

Painting the same poses on each stick makes the process faster, but of course you don't want all of your regiments to contain identical poses.  You can see the numbers on the sticks, which correspond to the trooper's regiment.  That way I can still mix up the poses within each unit.  Only the facing colors are different.  Here is my key to the numbers.  The units marked with an asterisk were present at Borodino.

Here are the two mounted officers.

I have just the cuirassiers, hussars, uhlans, and guard cavalry left to go, and the Russian army will be complete.  It should not be long now!
Posted by Scott MacPhee at 2:00 PM 17 comments:

This morning I put the finishing touches on the first cavalry for Glenn's Russian army.  Here are 66 Cossacks.  I tried to vary the trousers a bit to give them a motley touch, but they are mostly well uniformed.

Yesterday I loaded up my dad and my son in the car and drove them to Moscow for the 22nd annual "Show Off the Good Stuff," our local model club's show.

I don't get nearly as much time to model as I would like, but I was able to finish three vehicles and a diorama this year, and, for the first time ever, a plane. I brought home three plaques, "Best Allied WWII Armor," "Best German WWII Armor," and "Best Diorama."

My son entered a bunch of dinosaurs that he built this year, and my daughter entered her Roman legionary.

It was a long day and tons of fun. My dad got to bring his grandson to the University of Idaho homecoming parade, My boy was able to build two more models at the show, and I had a chance to catch up with friends and see about 100 outstanding models. 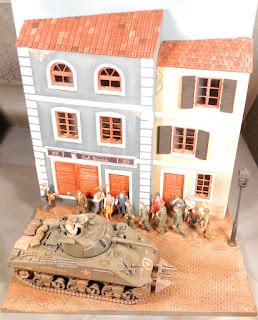 Best Diorama -- "Liberation, Sept. 1944" It is all 1/35 scale. I used a street facade from MiniArt, a Dragon M4 Sherman with lots of Resin upgrades, and figures from six different manufacturers. 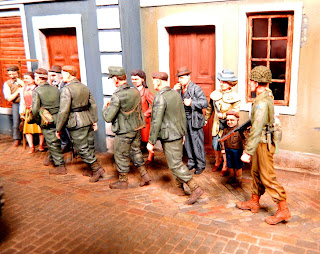 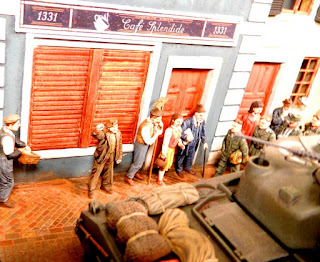 Grateful Frenchmen cheer on the US troops. 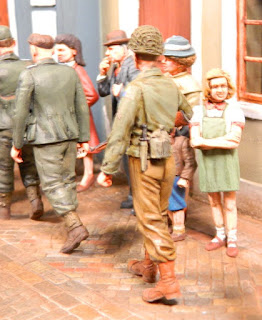 This little girl looks just like my daughter, right down to the crossed arms and scowl. While I was building the diorama, my daughter kept saying, "that's me!" 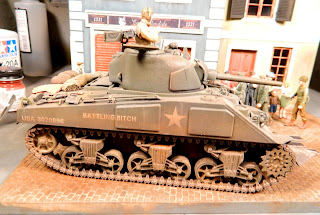 I based the tank's markings on those of a 4th Armored Division Sherman. 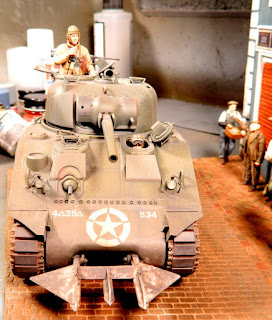 The Culin device on the front of the tank allowed it to slice through Normandy hedgerows. The tank crewmen got replacement resin heads from Hornet. I added wiring for the headsets and microphones. 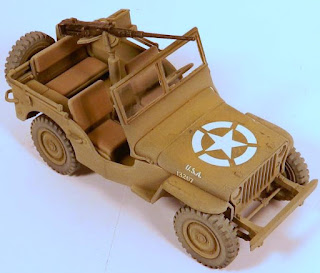 My son and I built and painted this 1/35 scale Jeep in one day back when he had pneumonia. I entered it in the adult category, and it got a silver ribbon. Not bad! 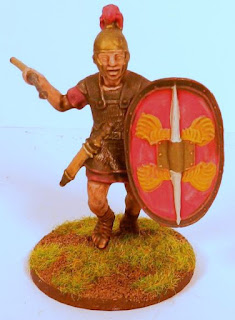 My daughter's 1/32 scale Roman legionary won Best Wargaming Figure in the adult category! It may have helped that it was the ONLY entry in that category, but don't tell herthat! She was bursting with happiness!

Best WWII Allied Armor, a 1/48 scale M10 Tank Destroyer. I'll be using this for gaming, so it was built and painted with durability in mind. 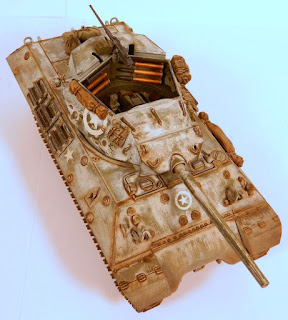 The winter whitewash paint job will be perfect for my Battle of the Bulge gaming project.

I love these little Tamiya kits. This was about a three hour build, and the paint job only took two days. 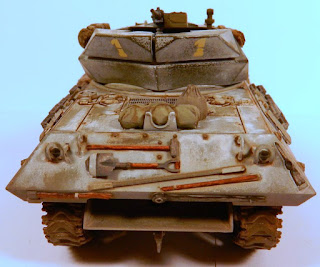 I used the hairspray method to make the whitewash look distressed, then I weathered with oil paints. Finally I added some very watered down white oil paint to make the streaking less pronounced. 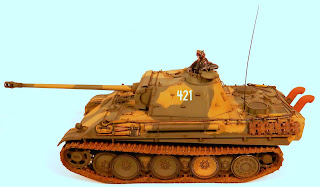 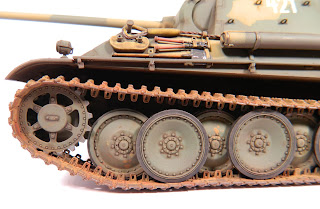 This kit was built straight out of the box. Those are individual plastic track links. 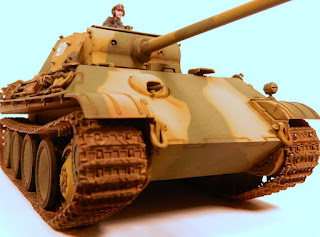 This was one of the very last German tanks to roll of the production lines. I used Silly Putty to mask the hard edged camouflage. 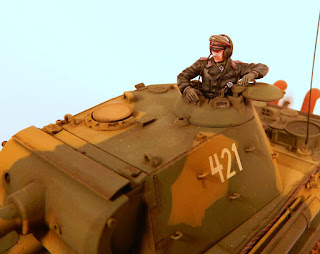 I painted the tank commander's face in oils, but everything else was acrylics 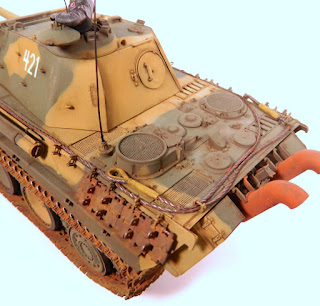 The kit had amazing details. I used a #2 lead pencil to silver the tow cable and tracks. 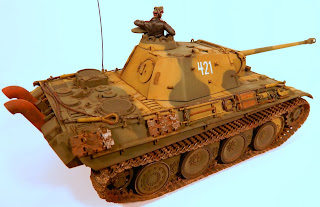 I used an oil pin wash on the recessed details. 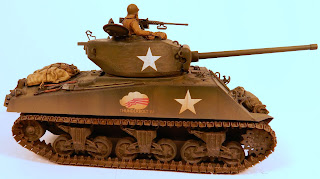 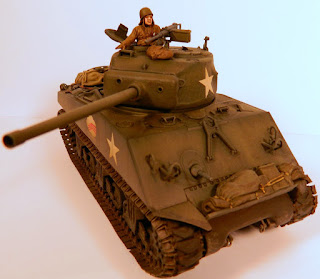 This was Creighton Abrams's tank during the Battle of the Bulge. I used a MiniArt figure that bore a strong resemblance to LtCol Abrams. 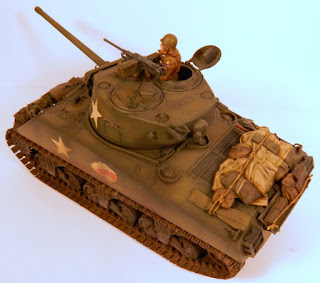 The stowage was from Blast Models, but other than that, this model was built straight out of the box.

This year, for the first time, I did not enter any gaming miniatures.  I haven't painted anything for myself in the past year!
Posted by Scott MacPhee at 7:08 PM 9 comments:
Newer Posts Older Posts Home
Subscribe to: Posts (Atom)