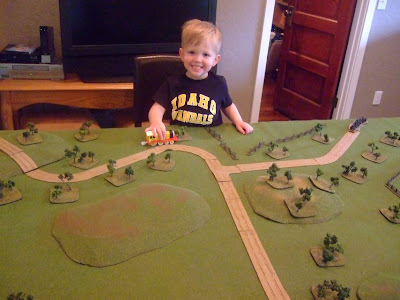 Last Saturday the fellows came over to refight the Battle of Iuka. This was the first game I have hosted at my new home. My son helped me set up the battlefield the night before. 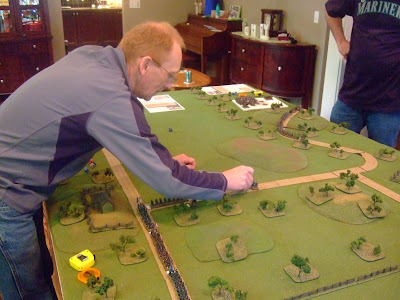 Iuka was a classic meeting engagement, and I am surprised it doesn't get played more often. Jon started us off by moving his Union brigade to occupy the high ground in the center of the board. 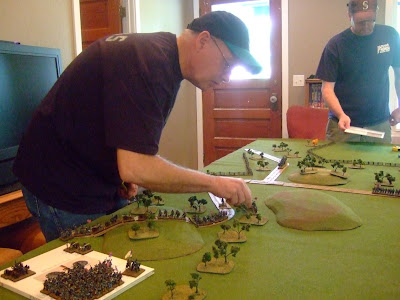 Don brought up the lead Confederate brigade while Scott R. menaced his flank with a small regiment of cavalry. 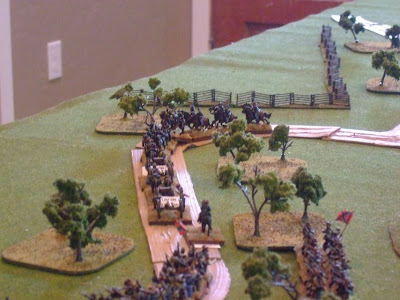 As soon as Don's guns came within range, Scott's cavalry charged! He quickly eliminated one section of artillery. 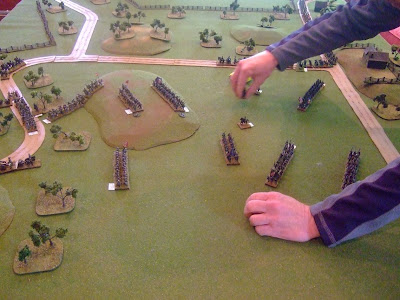 Jon shook his Union brigade into line, while Don moved forward to engage him. 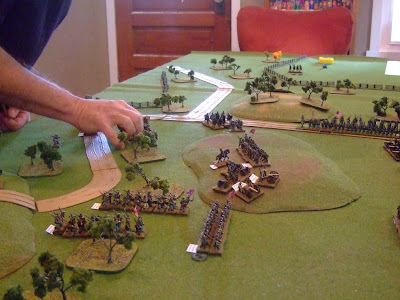 Jon withdrew from the hill, leaving it to the Confederates. Scott's rampaging cavalry destroyed the other Confederate gun section, then tied down two regiments of dismounted Confederate cavalry. 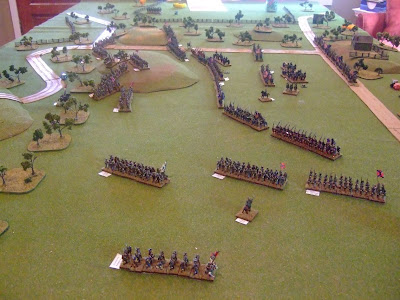 By now the battle lines were pretty well formed. I had moved my Confederate brigade out to threaten the Union left, but Jon had deployed to meet me. Scott R. had moved his Union infantry brigade up on Jon's right, and Jon had a third infantry brigade moving up in reserve. 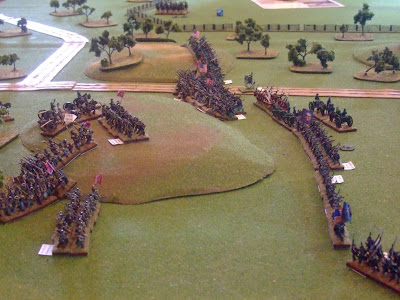 Don threw his crack Confederate troops into a series of charges on the Union center and right. He succeeded in pushing back portions of two Union brigades, but the Union troops did not break. 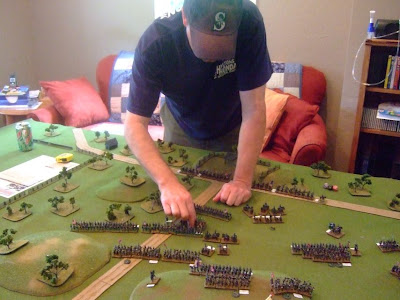 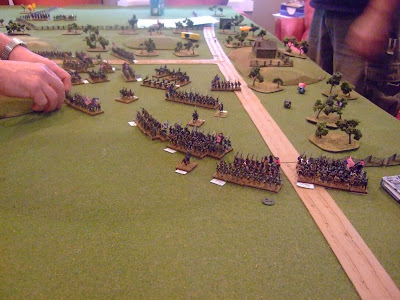 By now my flank attack was starting to make headway. I had three regiments up and one in reserve, and I was driving the Union left back on its main line. 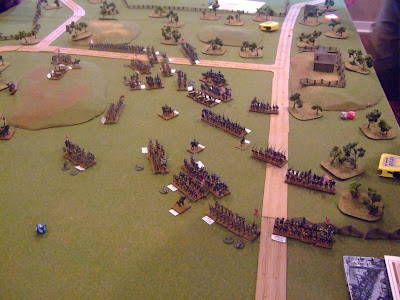 After twelve turns, both sides reached "heavy casualties," and we both started failing maneuver rolls. Almost all the regiments were worn, several were spent, and the troops started backing away from each other.
Our Iuka was a drawn battle, although the Confederates had a slight edge on points. They destroyed two Union regiments and lost one battery. The Union had five spent regiments at the end of the game compared with two spent Confederate regiments. But nether side was able to meet their objectives.
This was one of the better games we've played, and we like Regimental Fire and Fury well enough that I doubt we ever play the old version again!
Posted by Scott MacPhee at 1:28 PM