I'm sorry for the lack of recent posts, but they should come at a good pace now.  With the deadline for finishing my 2nd Punic War commission fast approaching, I decided to paint all 188 Roman foot soldiers in one big group.  I primed the figures in early June, took my family on a much needed vacation, and started painting again once we returned, on June 15th.  So over the past five weeks I have painted 188 28mm figures to my highest standard.  I haven't had much time for blog posts!

Here are the first fruits of my most recent labors: 24 Roman velites, all from Aventine.  Spears are from North Star, shield transfers are from Little Big Men Studios, and bases are Litko.

Aventine Miniatures are simply the best for this period, and every swinging phallus in Glenn's Roman army is from Aventine.  Soak it in, gamers, and buy Aventine! 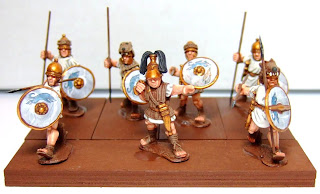 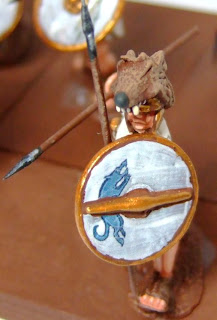 This was the only shield that did not fit the transfers.  I had to do a little trimming. 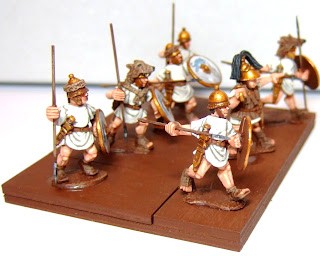 I like that the majority of the velites do not wear a wolf's head, but enough do that these clearly scream "Romans!" 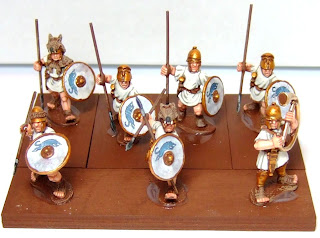 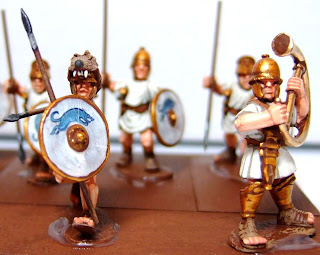 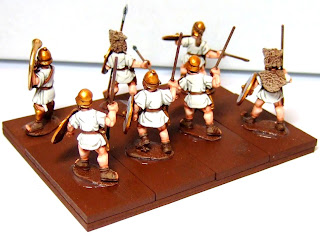 Aventine has enough variety in their poses that these units can really look like skirmishers, with no two like poses in any unit. 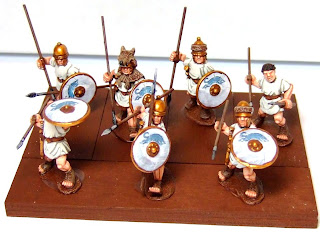 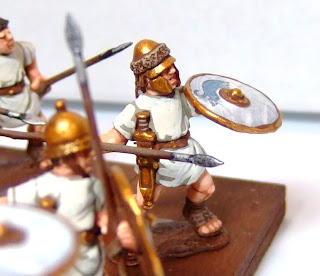 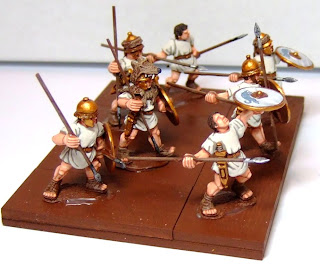 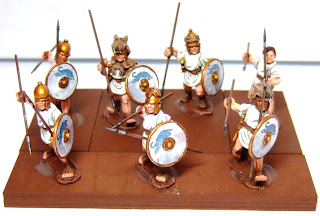 I drilled out the spear hands on some figures so that they could have a spare javelin. 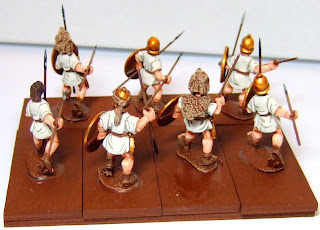 As soon as the glue dries on the rest of the figures, I'll have some more pictures to share.  Now I have bases to flock for 578 foot figures, 111 mounted figures, and 4 elephants.
Posted by Scott MacPhee at 5:16 PM