I spent most of April painting these 120 figures.

I changed my style a bit on those hats, opting for two tone shading instead of my usual drybrush over black.

The Blue Moon figures certainly reward the extra time spent in painting two tones on everything.

I went with more butternuts and browns on these figures.  They have some greys, but not many.

I have read some people complaining that the figures are too large to fit on standard 1" x 3/4" bases.  These bases are 25mm by 15mm, smaller than the standard bases, and the figures fit just fine.  It is snug, but I like that look for massed ranks. 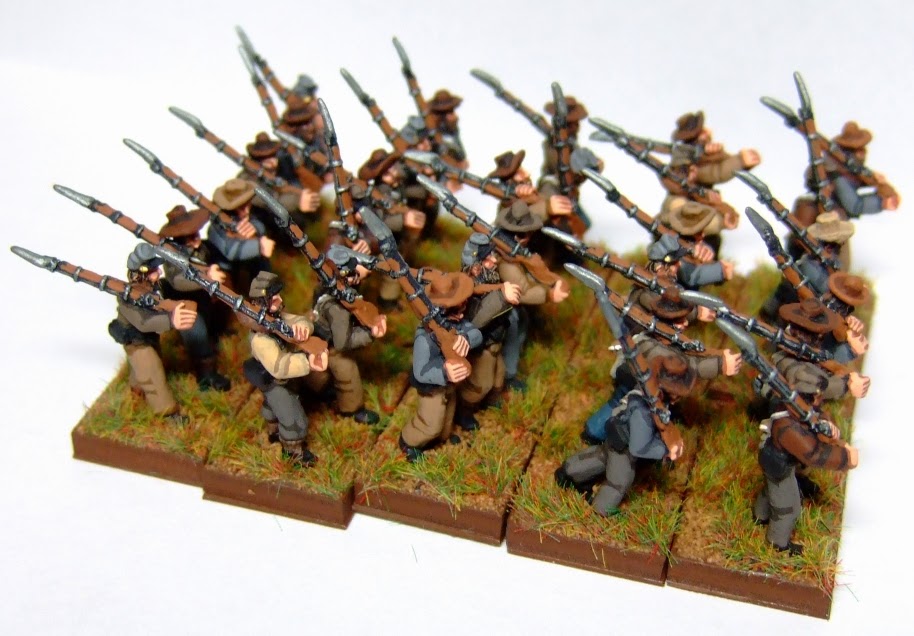 I have another 180 of these figures to prep.  Soon I will be able to play most scenarios with nothing but Blue Moon rebels.
Posted by Scott MacPhee at 3:21 PM