Up for sale are most of my old 15mm ACW armies.  I painted the bulk of these back in 1999, and they have served well on many a bloody field.  I started painting Blue Moon armies to replace these.

I am asking for $2,000 for the whole shebang, but I will entertain other offers.  Click on my profile to send me an email.

If I don't sell these here, I will parcel them out into eBay lots.   They will probably fetch more money that way, but I would like to keep the collection intact.

Union Infantry, 229 figures on 76 stands
Most of these are Musket Miniatures and Old Glory, although there are some Peter Pig and Frontier in there too.  They are based three to a stand, either on Litko 1"x3/4" wood or Wargames Accessories 1"x7/8" metal bases. 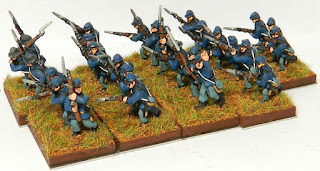 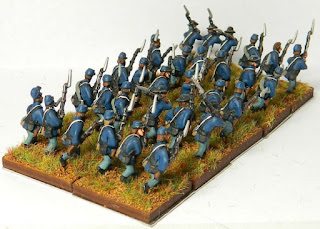 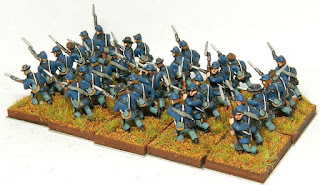 Union Infantry Command, 110 figures on 31 stands
These have the same mix of manufacturers.  The figures are all on the Wargames Accessories metal bases.  Some stands have more than three figures.

Union Mounted Cavalry, 60 figures on 30 stands
These are a mix of Old Glory and Battle Honors.  They are mounted two to a stand, and the stands measure 1"x1&1/4". 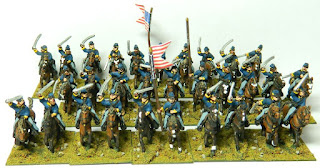 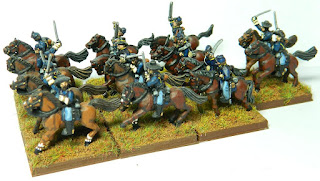 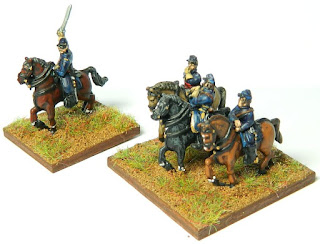 Union Artillery, 21 guns with 54 gunners and 21 limbers with 32 riders
These are a mixture of Old Glory and Battle Honors. 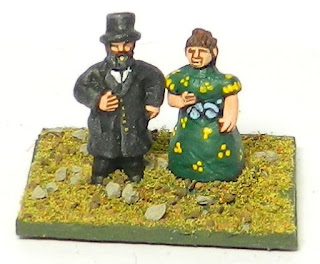 Confederate Infantry, 250 figures on 75 stands
These figures are from Musket Miniatures, Old Glory, Peter Pig, and Battle Honours.  Some stands have four or five figures, but most have three. 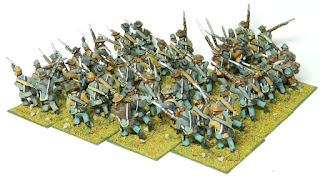 These are Stone Mountain's "Ragged Rebels."

Small Confederate Infantry Stands, 64 figures on 32 stands
I made these smaller stands for smaller units in Johnny Reb III.

Confederate Infantry Command, 77 figures on 23 stands
These are for use with the larger bases.  I made a real mix of flags here.

Confederate Mounted Cavalry, 20 figures on 10 stands
These are all Battle Honours figures.  One of the flag poles is broken.

Confederate Dismounted Cavalry, 34 figures on 17 stands
These are almost all Battle Honours.  Four of the figures are Musket Miniatures 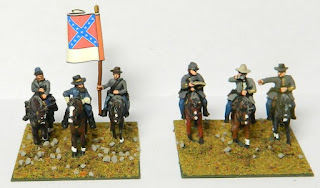 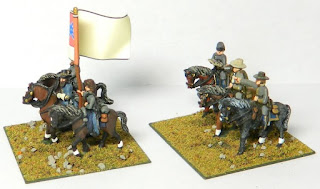 Confederate Artillery, 20 guns with 52 crew and 14 limbers with 14 riders
The guns and gunners are a mixture of Old Glory and Battle Honours.  The limbers are from Musket Miniatures and Frontier.

Posted by Scott MacPhee at 9:22 PM