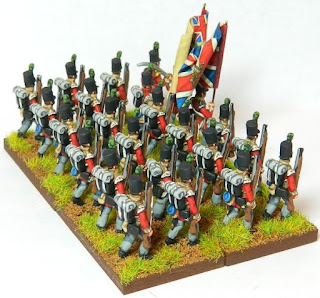 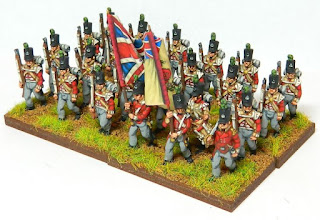 To make these look a little different, I painted them with buff straps.  My sources are mixed on whether the 52nd Foot actually wore their buff accoutrements at Waterloo. 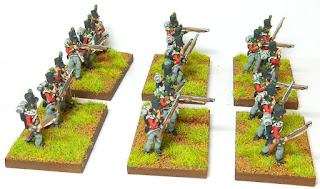 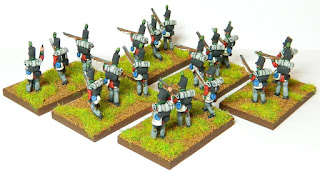 As you can see, I painted up all Glenn's skirmishers as coming from the 51st Foot.  On the day of the battle, they were not heavily engaged.

Now I am making my way through 90 Hanoverian infantrymen.  After that, I only have the 95th Rifles left for the British infantry.
Posted by Scott MacPhee at 7:48 PM