I finished up these 78 British cavalry on the last day of January.  There is at least one stand here for every British and King's German Legion cavalry regiment at Waterloo. 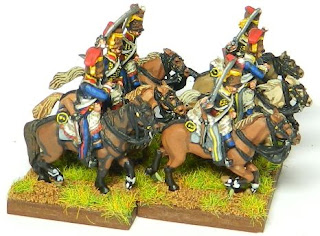 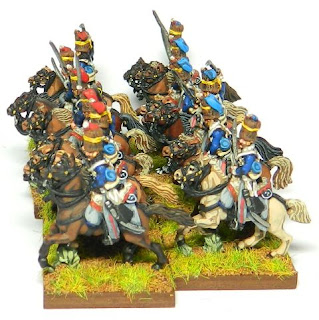 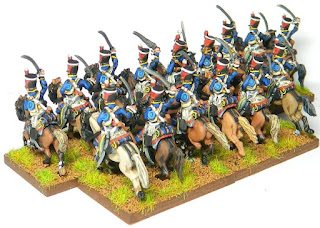 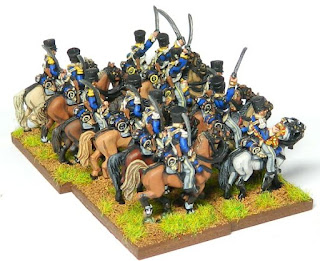 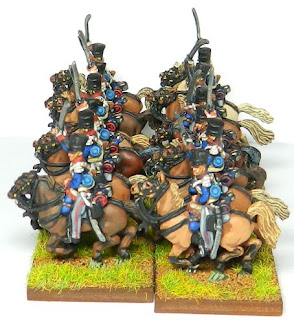 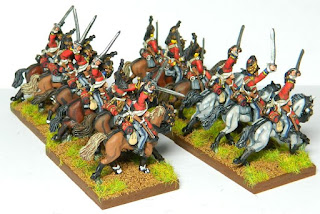 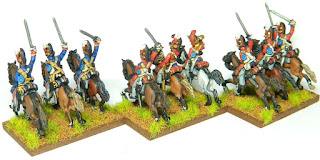 Here is my progress on the Anglo-Allied Waterloo army so far.  Each of these trays is just over 12" on each side, so we have here nearly three square feet of completed troops.  We have here over 1,000 infantry and nearly 150 horse. 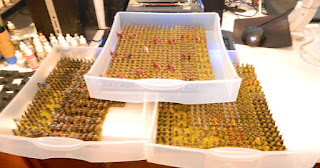 I am painting the artillery today and will prime the gunners once it stops raining!
Posted by Scott MacPhee at 9:10 AM