I have been working on the 560 figures since mid-October.  I don't know why, but 6mm has been tough for me to paint.  Maybe if I skipped highlighting, they would go faster.  The Baccus miniatures are very nice, and they look the part once painted.  These are their western Union infantry packs.

I still have five cavalry brigades and five generals with staff to paint.  Then I can call this project done ... for now. I will have enough troops painted to game Shiloh, which was my initial goal.  I will have to more than double these initial forces to be able to play any out battle. 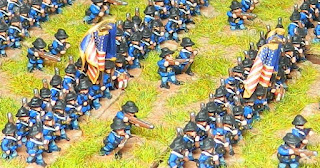 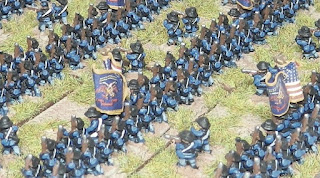 Posted by Scott MacPhee at 6:48 PM