The gaming group met at Jon's house yesterday to play out an English Civil War battle.  Jon provided the beautifully painted figures, recently rebased.  We used "Ironsides" as our rules. 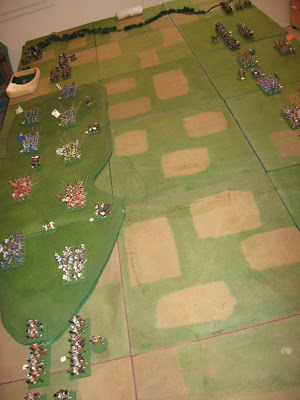 The King's Army
Charles I had two brigades of infantry and two of cavalry.  There were nine infantry regiments,  eight cavalry regiments, and two batteries in his army. 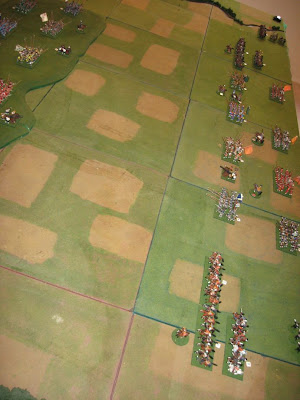 Parliament's Army
Lord Essex's army was almost an even match for the king, with two brigades of infantry and two of cavalry.  Parliament fielded eight infantry regiments, seven cavalry regiments, one regiment of dismounted dragoons, and two batteries. 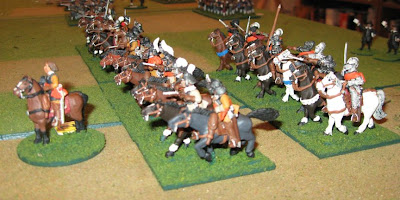 Cromwell's Cavalry
Cromwell commanded on Parliament's left.  His three cavalry regiments and lone regiment of dragoons would have to defeat Rupert's four regiments of cavaliers. 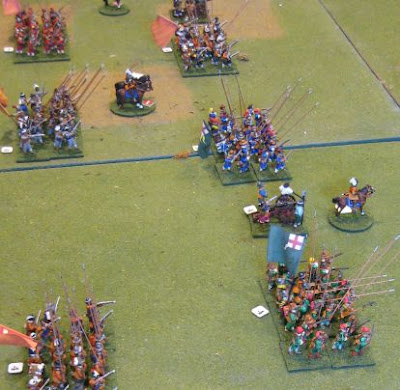 Essex's Infantry
Here's Lord Essex in the center of his line.  You can see the fruits of Jon's rebasing here.  Each regiment had a single pike block with 15 figures on a stand with 60mm frontage and 80mm depth.  Each regiment had four 40mm square stands of musketeers with three figures each.  Regiments' combat value is denoted by a single marker at the back of the unit. 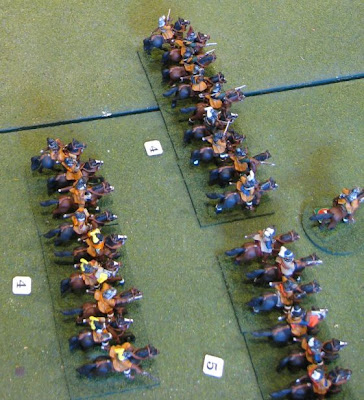 Parliament's Right Flank
Parliament had four regiments of cavalry on their right, facing off against an equal number of Royalist cavalry. 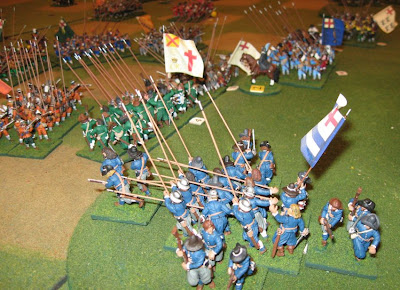 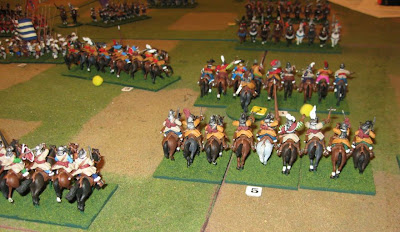 Don's Cavalry Attacks
Don's cavalry brigade had some success at the beginning of the game, but Austin rallied his defeated horse and returned to the field.  Don sent one cavalry regiment into the Royalist rear, but an infantry regiment pinned it for the remainder of the game. 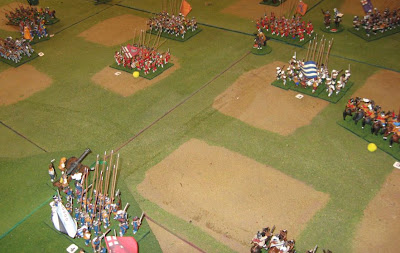 Austin Counters
Austin pushed back Don's infantry, destroying one of Don's regiments.  Both sides surged back and forth, with infantry strength declining, the regiments retiring, rallying, and heading back into the fight. 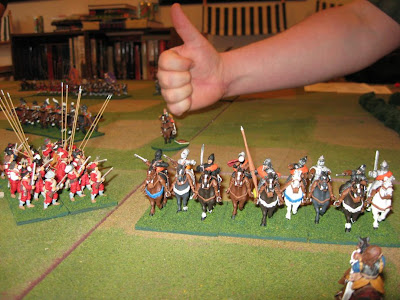 MacPhee Breaks the King's Right
Cromwell's three regiments suffered a reverse at the beginning of the battle, but he rallied his troopers and sent them straight at Rupert's horse.  Rupert was carried of the field by a routing regiment, but he returned to lead a death-or-glory charge that crushed one of Cromwell's regiments.  Cromwell attached himself to his cuirassiers, rode straight for Rupert, and destroyed the last of the Royalists' right wing cavalry.
My infantry hammered away at their Royalist opposition, destroying one regiment and whittling away the strength of the rest. 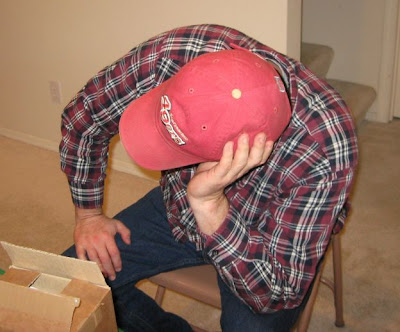 Scott R.
With his cavalry all destroyed and his infantry on the run, Scott R. avoided having his picture taken. 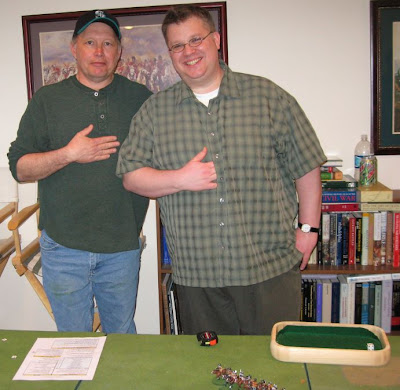 Parliament Victorious
Don and I celebrated our close-fought victory by striking an anachronistic Napoleonic pose. 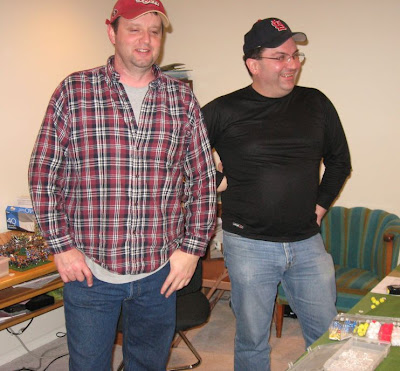 Royalists Retire
Scott R. and Austin decided to break off the engagement.  Their army was battered, but not broken.  Surely a nearby alehouse would afford some decent brandy and a wench or two to help them recover themselves for the next bout.
Posted by Scott MacPhee at 9:19 PM