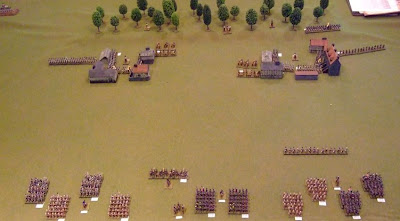 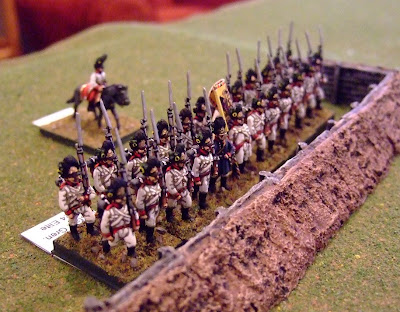 Flank Guard
An elite battalion of grenadiers, dug in on a hill, protected the Austrian right. 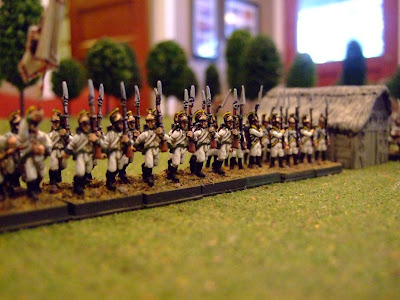 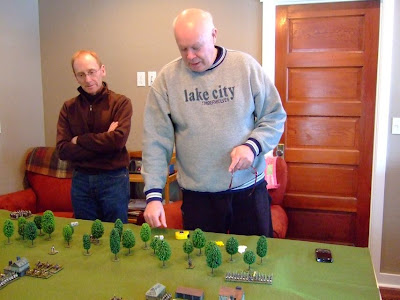 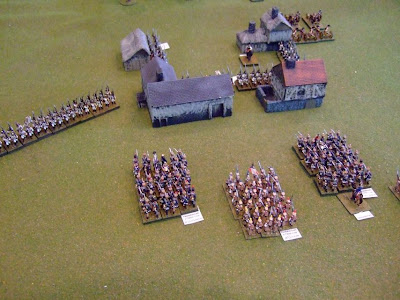 French Attack Begins
I moved my four battalions as quickly as I could to assault the Austrian right. Each time I attacked, the Austrians beat me back. I went in five times before finally securing a toehold in the village. In the process I took over 25% casualties. This was bloody work! Attack on the Austrian Left
Kevin used his two brigades to assault the other Austrian village. He had miserable luck at the beginning, rolling snake eyes four times! Kevin did succeed in wiping out an Austrian battery, but he never got into the village. The elite 10th Legere and 57th Ligne took heavy casualties and never pushed the Austrians back. 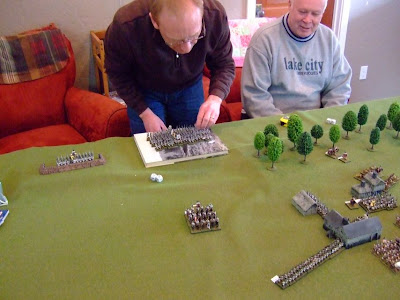 Austrian Second Line
As pressure increased on the villages, Jon and John broke out their troops which had been hidden in the woods, four huge battalions of fresh infantry and a strong cavalry regiment. 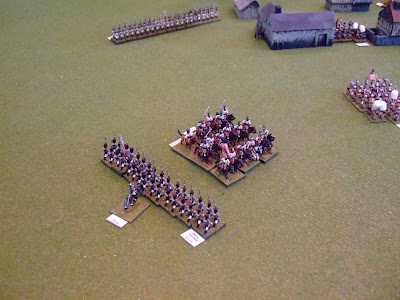 Austrian Cavalry Charge
Jon used his cavalry to charge my French brigade, wiping out a French battalion that they caught in line. Unfortunately, the cavalry got caught between two French battalions, failed a morale roll, and were wiped out. 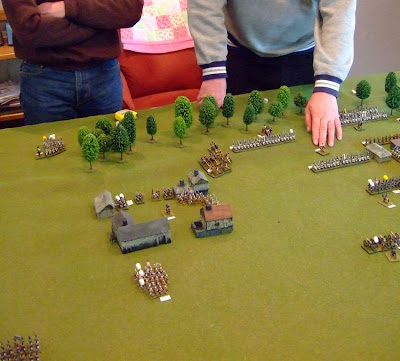 End Game
Here were the troop positions at the end of turn 15. With only five more turns to go, it was apparent that neither side would achieve their objectives. The French held one village and were poised to seize the ridge line on the Austrian right. The Austrians held one village and had too much strength on the ridge to be moved completely off. Two Austrian brigades were entirely destroyed, but the French lost more troops overall. We called the game a draw.
I was very rusty with the rules. The last time I played them was a year and a half ago, and the last time before that was probably five years previously. I enjoy these rules a lot, but there are a lot of little things to remember. With more experience, I am sure they will move more smoothly. As it was, we played the game to a conclusion in four and a half hours.
Posted by Scott MacPhee at 8:09 PM