Here are three units of mounted Jager.  I gather that the Russians converted some half dozen dragoon units to light cavalry in 1813, but they were mainly used as battle cavalry.  These are all Foundry figures.  The only sources I could find for these uniforms was Hourtoulle's 1814: The Campaign for France and Haythornthwaite's The Napoleonic Source Book.  Fortunately, the two of them provided all the details I needed. 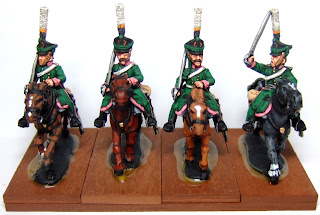 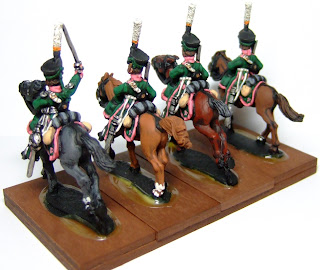 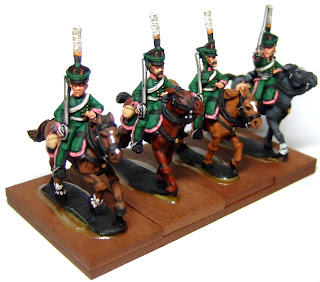 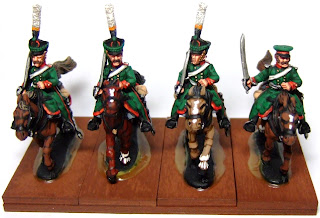 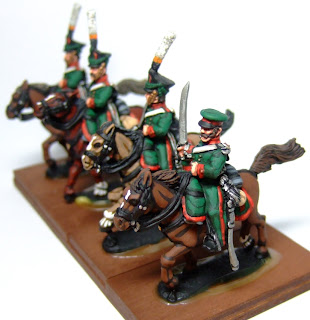 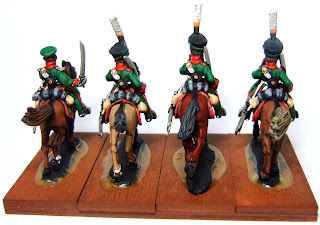 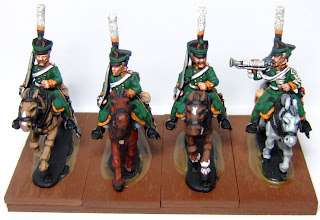 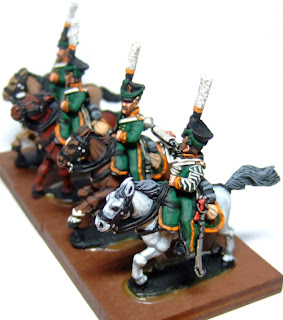 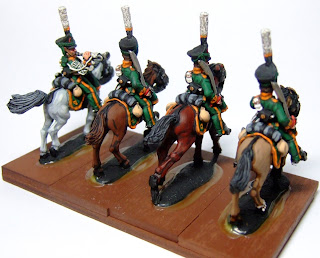 That finished the cavalry component of Glenn's army: 80 horse in 20 units!  Next I will tackle the army's command.

Posted by Scott MacPhee at 7:30 PM