Since finishing Glenn's AWI commission at the beginning of the month, I have been busy painting enough British line to host some games myself.  I started by painting 48 Fife & Drum British line infantry with oil washes for skin, trousers, and musket stocks.  Then I painted 60 Old Glory second edition British line, completing my Bunker Hill army.  I finished those 108 figures in 22 days. 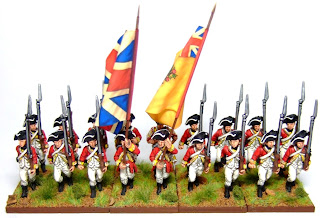 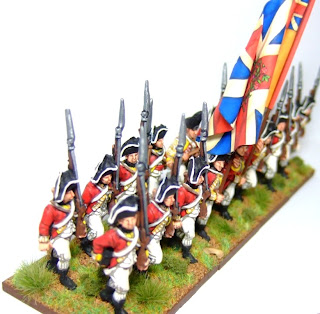 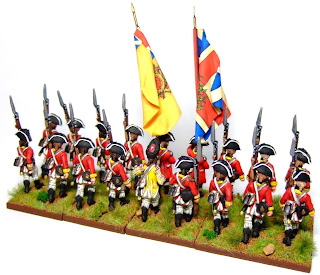 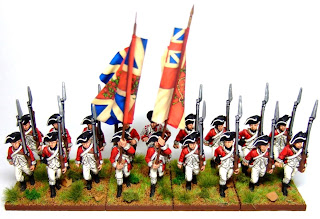 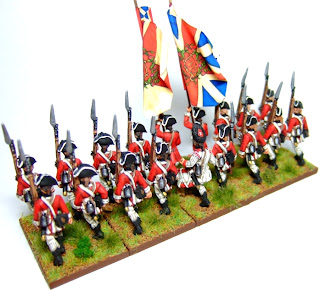 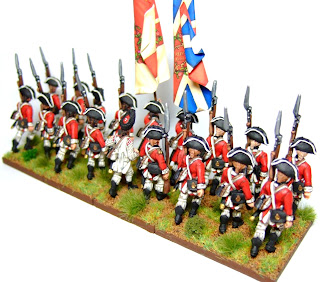 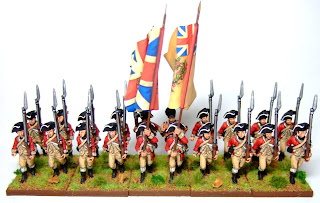 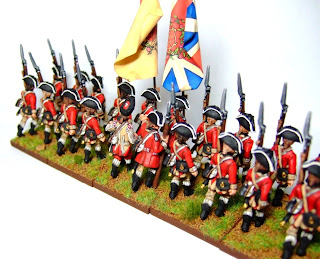 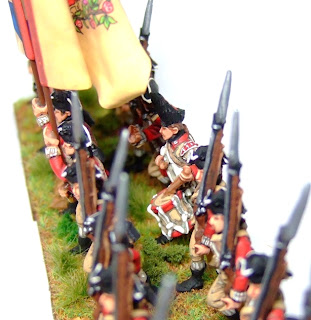 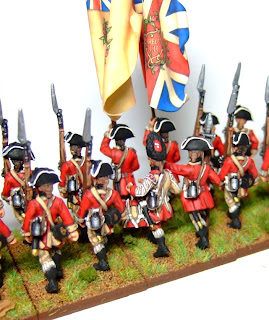 63rd Foot (Old Glory), 20 figures
I already had 16 figures painted, and added one base to finish the unit. 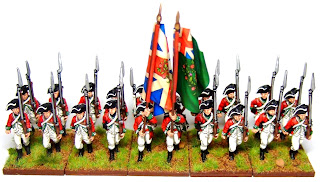 The figures are based for British Grenadier!, with 15mm frontage and 20mm depth per figure.  The bases are all Litko.  Flags are GMB.

Posted by Scott MacPhee at 2:51 PM