Classical Greek armies didn't make much use of cavalry on the battlefield, using them to harass light troops on the flanks and to mop up broken phalanxes.  It would take Philip II of Macedon to introduce actual shock cavalry to the battlefield.

These figures are all Old Glory.  The command stands are mounted generals, but as Greek generals fought in the front line of the phalanx, I used these to eke out a couple more stands of cavalry. 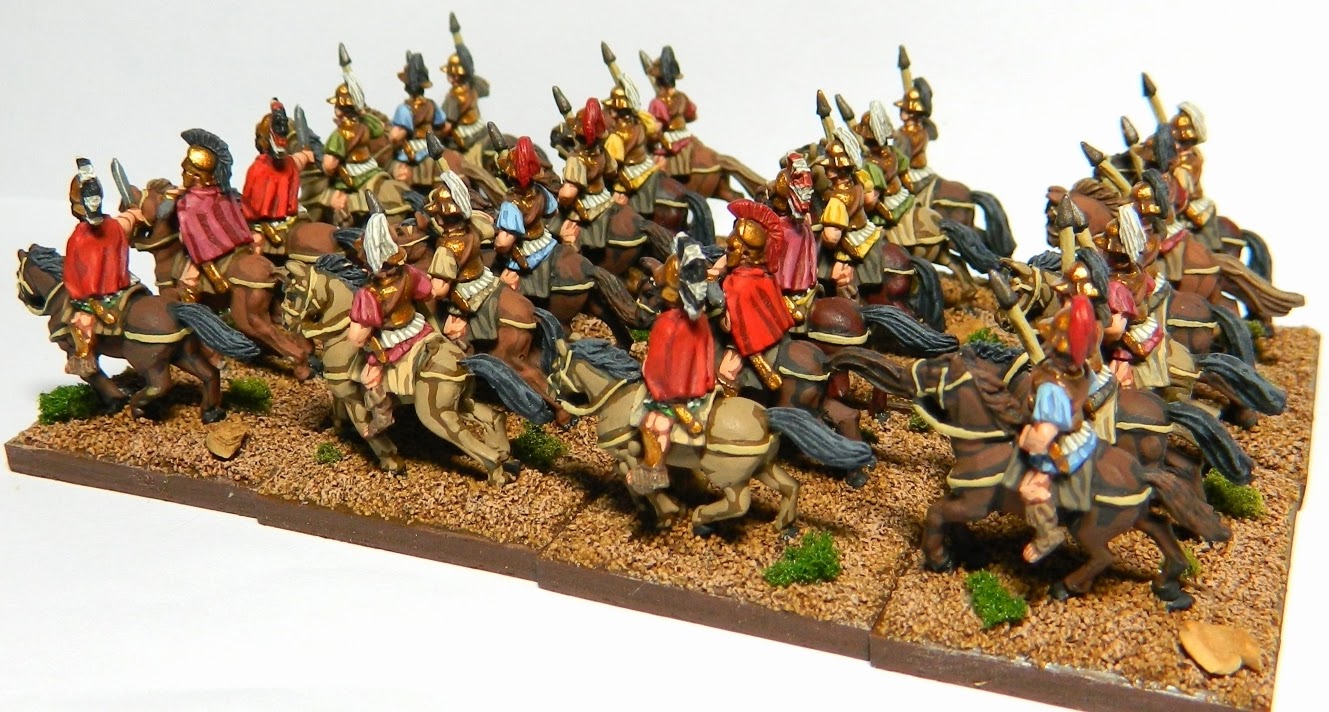 Posted by Scott MacPhee at 7:37 PM