I had a bit of a setback this week. After I sprayed the Union cavalry with enamel black paint, the paint clouded up. I thought I could paint the figures with some acrylic black to hide the cloudiness, but the bottom halves of the figures were grainy, and the grainy paint obscured some detail. I had never had this happen before.
I decided to clean up the figures and start again. I soaked all 30 dismounted and 20 mounted figures in Simple Green for two days, then spent another two days scrubbing the paint off with an old toothbrush. With a new can of paint, I primed the figures again, and this time the paint was good.
So I ended up going five days into the hole on these figures. I managed to make good time in painting them, though, finishing in four days.
The figures are a mix of Wargames Foundry, Perry Miniatures, and Sash and Saber. 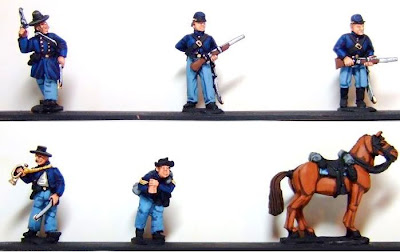 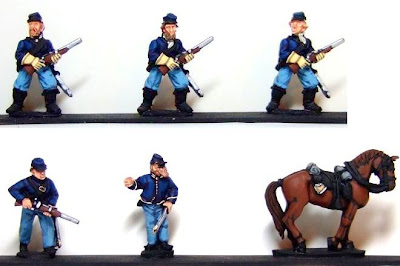 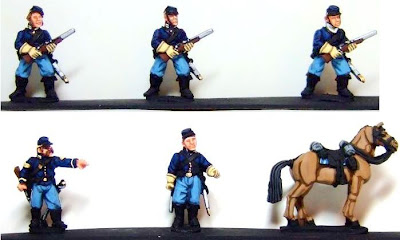 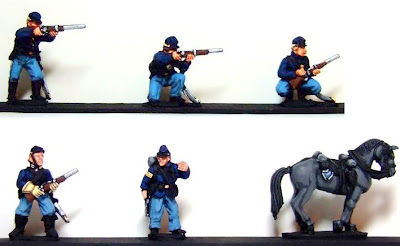 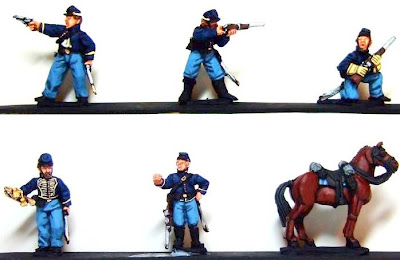 Next up are the re-primed mounted Union cavalry.
Posted by Scott MacPhee at 9:56 PM