To put on that Maida game this past weekend (see previous post), I had to paint some skirmishers, and I had to paint them quickly! I started these figures on Wednesday and finished sealing them on Friday. All the figures are from Old Glory.
First we have French legere skirmishing. Some of the figures are in overalls, but most are in stockings with Hessian boots. I wanted these to work for line regiments, so I painted them all as line voltiguers. I just left the boot trim black. There are 36 French skirmishers here. 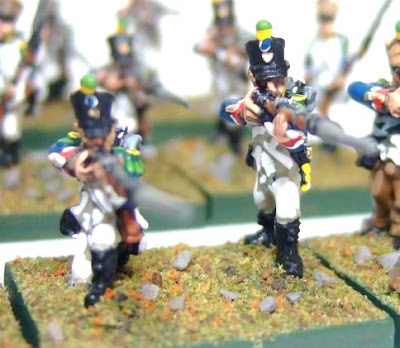 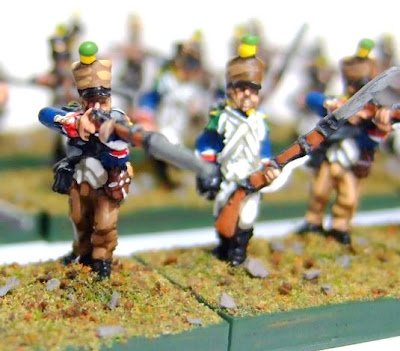 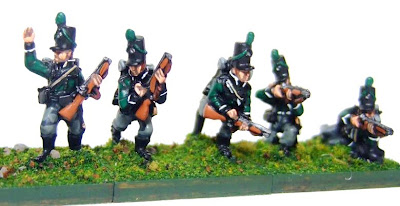 Finally, the British needed a division skirmish screen. I painted these as detached light companies from three regiments. There are 12 of these figures. 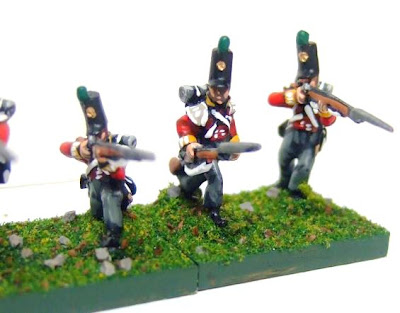 In addition to the 60 skirmishers, I painted four close order British infantry to fill out one of the battalions. That's a total of 64 Napoleonics from bare lead to the gaming table in three days. I can still crank them out when I need to!
Posted by Scott MacPhee at 10:53 PM