Austin, Jon, and Kevin joined me at my house today for a trial run through the General de Brigade rules. These used to be my go-to rules for Napoleonic gaming, but I haven't used them for nearly a decade.
We settled on the Maida scenario from scenario book #2. The GdB scenario has some interesting changes from history, with some generous morale ratings for the British and a questionable OOB for the French. We decided to play the scenario straight from the book.
Kevin took overall command of the French and commanded two of the three French brigades. Jon took command of the largest French brigade. Austin opted to command the entire British force. 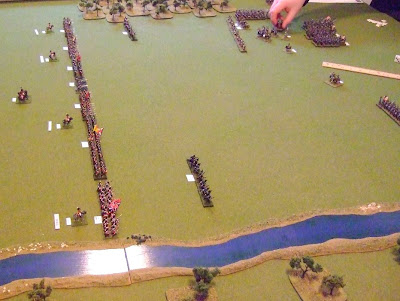 Here you can see the starting British deployment. The British had four small infantry brigades and two 12-man units of skirmishers. With no reserves, the British were hoping to keep the French from breaking through. 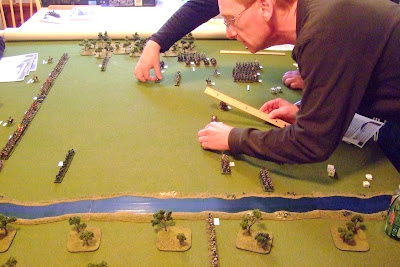 Kevin got his brigades moving, hoping to stack up two brigades against the British left while Jon pinned the British right. 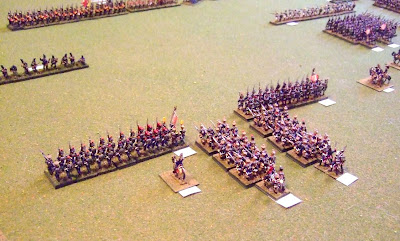 All three French brigades accepted their orders very quickly, and the attack was on! Here you can see Jon's brigade as it moves forward to engage the British right. 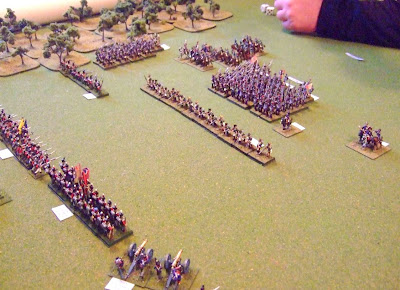 And here are Kevin's two brigades ready to land their punch on the British left. 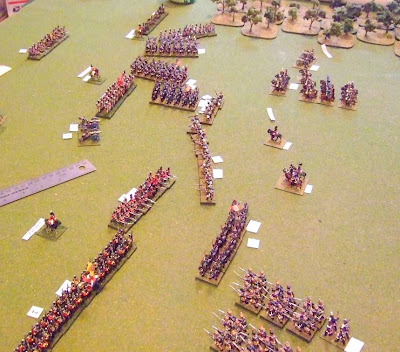 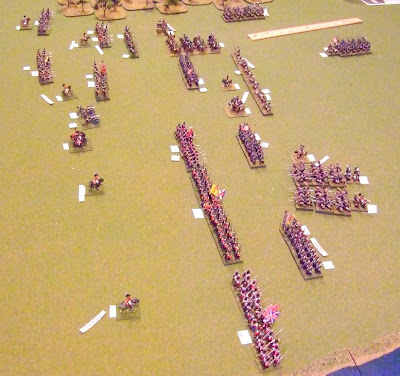 Austin's little battery of four pounders broke one French battalion, which ran from the field. This triggered a brigade morale test, which the French failed. Austin had restored his line and began issuing his generals orders to press the French. 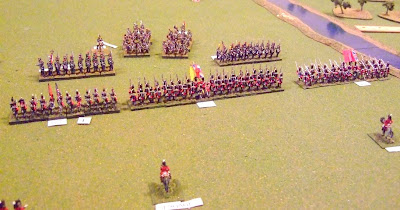 A firefight developed on the British right, and superior British musketry caused heavy French casualties. Kevin ordered this brigade to retreat, hoping to buy time for the other two brigades to reform. 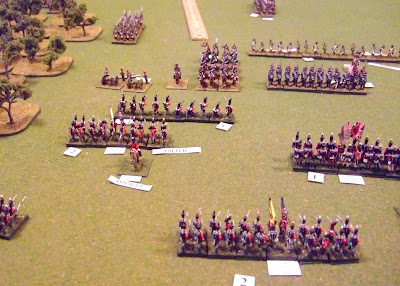 By now the British left had also received orders to press the French. The British infantry hounded the French as they withdrew, giving them no chance to reform and try another attack.
We played this battle to conclusion in around four and a half hours. The group picked up the rules pretty well, and we were cranking through the turns by the end of the game. We'll have to try another game or two to see if the rules will make our regular rotation, but I think they show some promise.
Posted by Scott MacPhee at 8:58 PM