It took two weeks, but I managed to paint all Glenn's musketeers in one batch.  Glenn has eight units of musketeers in his army, each of eight figures, so that makes 64 figures in 14 days.

This first unit is from Perry Miniatures.  Perry has sculpted the figures in summer dress, so they get white trousers and gaiters.  These are actually from a pack of Jager, but the uniform was identical to musketeers, only differing in some colors. 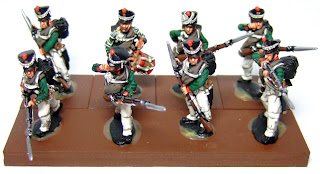 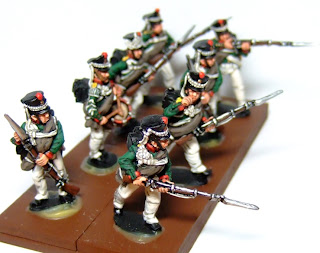 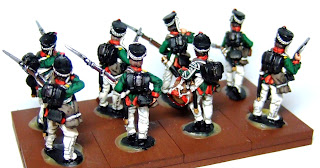 The second unit is also from Perry, this time marching casually. 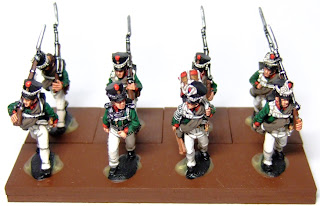 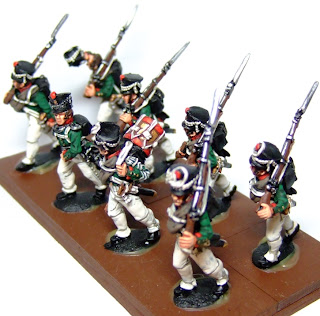 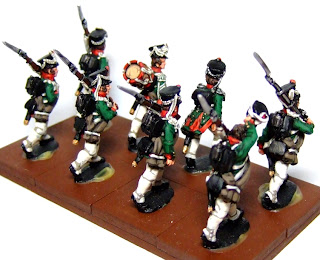 The third unit has Perry rankers and Foundry command. 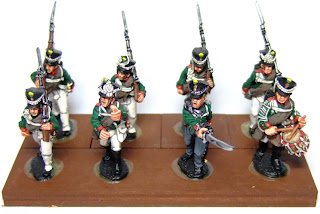 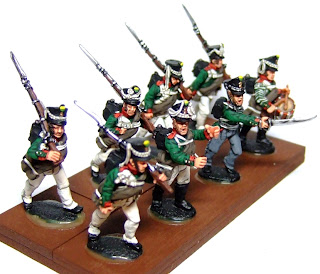 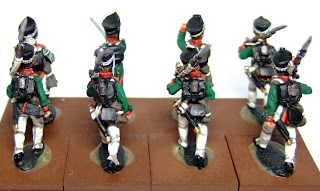 The other five units are all Foundry. 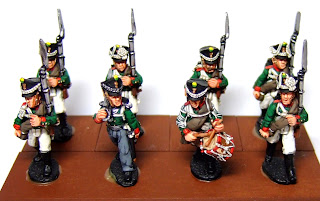 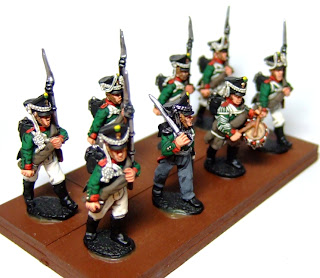 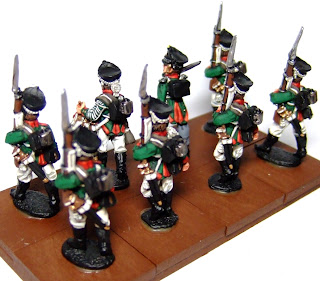 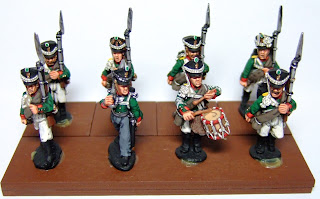 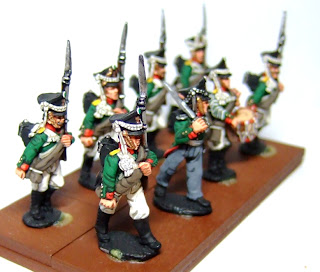 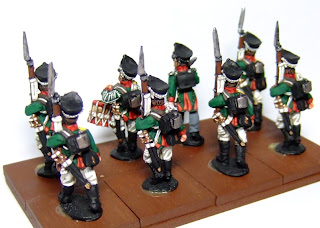 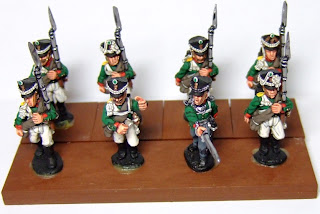 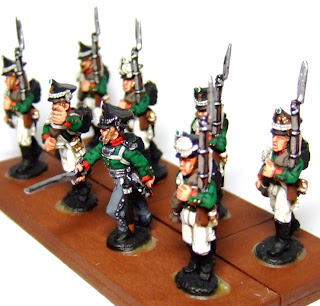 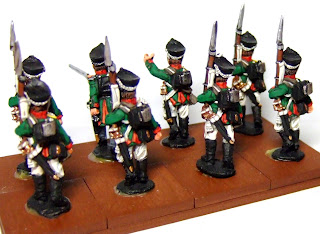 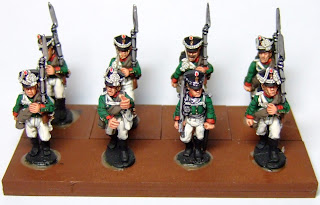 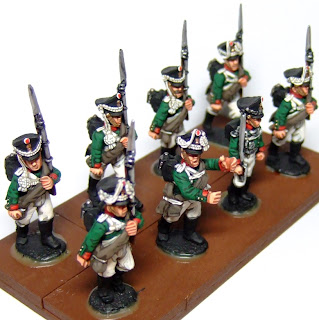 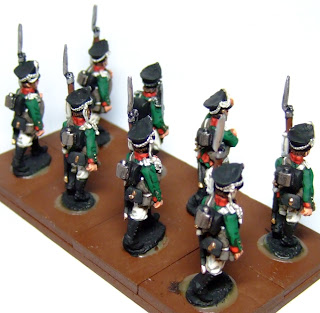 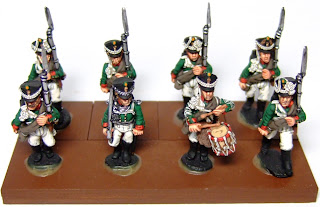 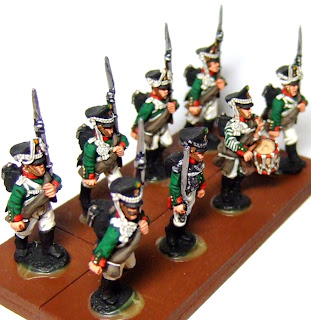 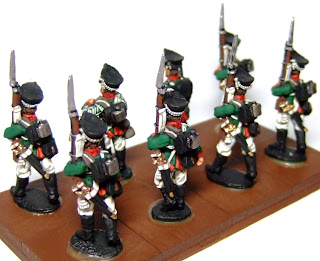 Glenn has picked some beautiful figures for his army.  I'm not sure which I like best!  The Perry figures are better sculpted, but I like the Foundry poses better and found them much easier to paint.

On to the grenadiers!

Posted by Scott MacPhee at 7:28 PM