It's not too often that I serve up a stinker of a scenario, but that is exactly what happened last weekend.  Jon and Kevin joined me to game the first infantry action at McPherson's Ridge on July 1st, 1863.  I took the Union forces, and Jon and Kevin took the Confederates.

Looking east from the Confederate lines 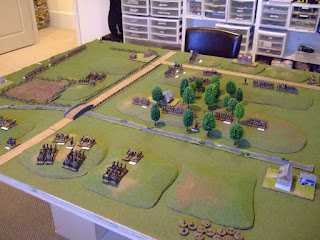 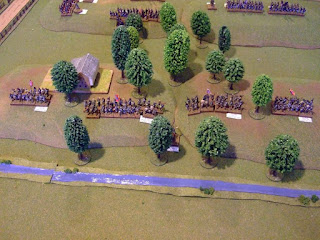 Davis's brigade ready to sweep in on the flank. 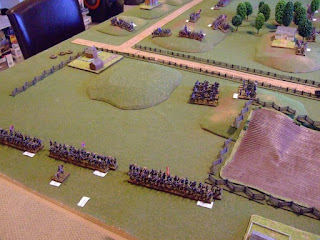 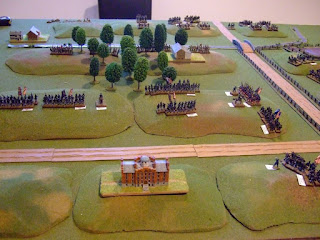 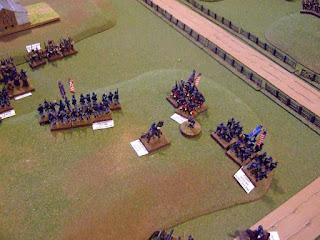 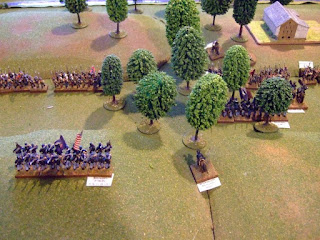 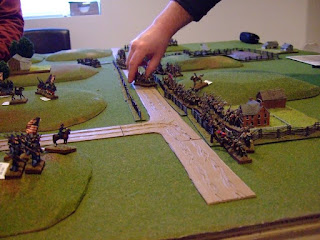 By the end of the game, Cutler's brigade was gone. 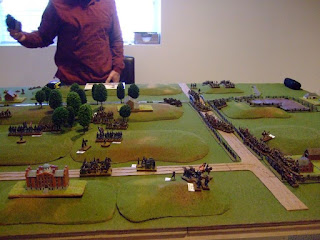 The entire action took us an hour to play.  Archer (Jon) came straight on and fixed the Iron Brigade in place.  Pegram's artillery battalion pounded the Union positions, knocking off a couple of stands each turn.  Davis (Kevin) kept up the pressure on the right.  Three Union regiments simply melted away under all that fire.  Reynolds and Cutler were both killed.  It looks as though the Union army will have to pull back to Mine Run.
Posted by Scott MacPhee at 9:39 AM