Last week I flew to Chicago to attend Little Wars, HMGS Midwest's gaming convention.  Glenn Drover, for whom I have painted several armies, put me up at his house. 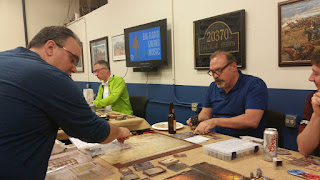 Thursday night we went to Glenn's gaming club, Liberty Hobby Center.  There the fellows were playing a game of Gloomhaven.  We made it through the first scenario.  I don't usually play dungeon crawls, so this was a nice treat for me. 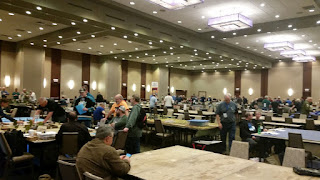 Little Wars is held at the Westin center in Lombard.  The tables spread across an enormous convention hall.  It was my impression that attendance was lower than last year, but the number and quality of games was still incredible! 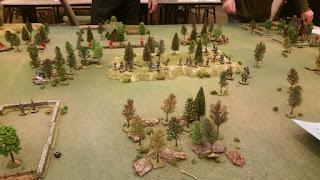 Friday afternoon Glenn and I played in Skip's Crimean War skirmish game.  The rules flowed smoothly, and the figures and terrain were great.  I really enjoyed the game. 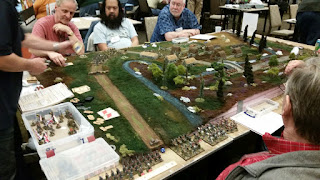 I briefly observed this Sharp Practice AWI game.  That's Der Alte Fritz in the light red shirt!  Although I kept seeing him on Friday, either he or I was always involved with something, and we never did get a chance to say hello.


After a pleasant Friday's gaming and a visit to the vendor's hall, Glenn set up his game.  The scenario was Quatre Bras using Glenn's own hex-based rules and a portion of the many 18mm Napoleonics I painted for him.  The game accomodated six players, and they all seemed to have a great time! 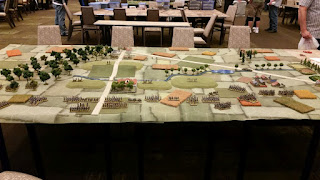 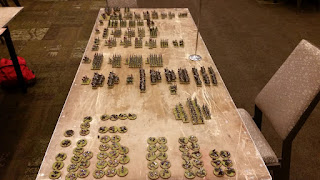 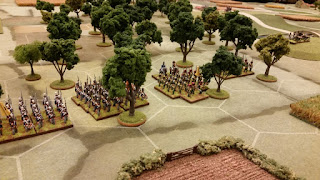 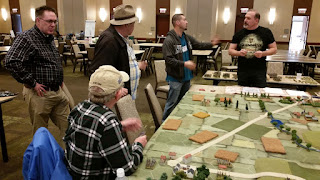 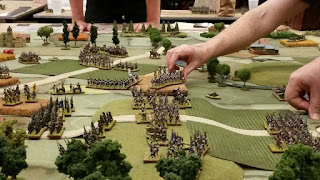 After the game, we got the troops all organized for the next match.  Saturday morning we headed down bright and early and welcomed the players.  Two had played in the previous game and enjoyed it so much that they signed up for Saturday!  I take that as a compliment to Glenn's rules and scenario design. 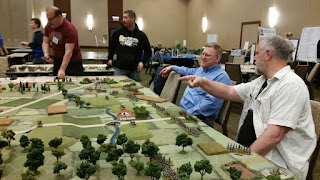 After the game ended, I played in a Sharp Practice game set in the Shenandoah Valley in 1862.  The rules took a while to wrap my head around, but the fellows running the game were superb, and the other players were excellent company. 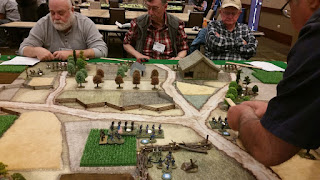 Chicago is quite a bit further south than my home in Coeur d'Alene, Idaho, so I was surprised to see snow on Saturday!  It snowed all day, although very little of it stuck.  Here Glenn uses his bare hands to scrape snow from his windshield.  Brr! 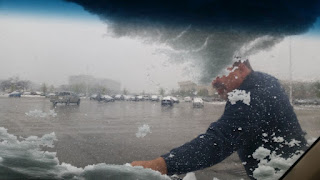 It was a shorter trip than last year, but I had a great time.  Little Wars seems a good enough size to experience a wide variety of games, but still small enough that a gamer keeps seeing familiar faces.

As an aside, I saw Jack Decker putting on an ACW game with his rules and liked the look of it.  I went to buy the rules only to find that they are out of print.  Does anyone have a copy they are willing to sell? 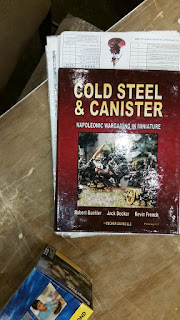 Posted by Scott MacPhee at 7:50 PM