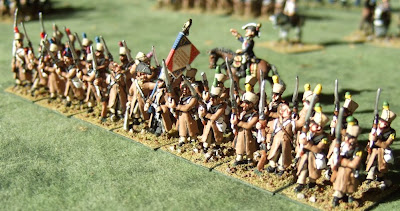 These were the first 15mm Napoleonics I ever painted. The Battle Honors figures are beautiful sculpts. Of the three eagle bearers I painted, this one is in the best shape. The flagpoles are so slender that they break very easily.
Posted by Scott MacPhee at 3:40 PM