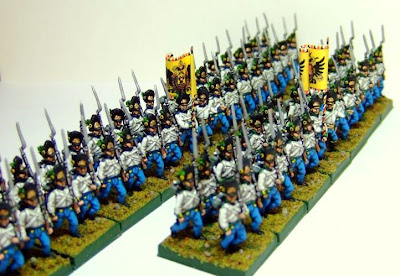 They really are pretty, aren't they? And unlike the Old Glory figures, I think these look the part of the army's elite shock troops.
Posted by Scott MacPhee at 2:12 PM