I've received a dozen emails over the past six months asking me about highlighting figures. Most have asked if I'm not overdoing my figures by adding that second shade.
While it's certainly possible to create a good looking 28mm army just by simple block painting, using a highlight shade can really make your figures pop on the table. Here are some ACW Confederates I finished highlighting today. These are part of a batch of 40 figures. Block painting all 40 took me about 20 hours. Highlighting took only another three hours. 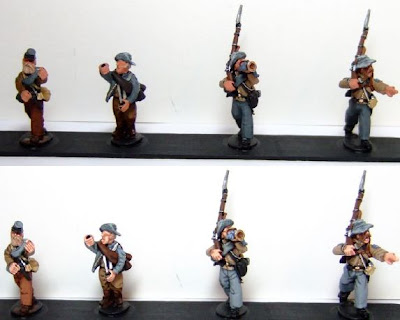 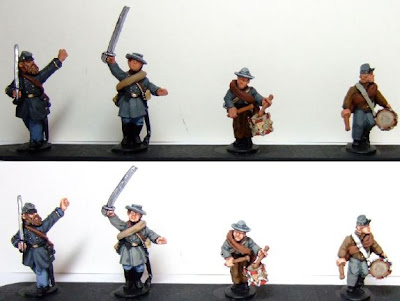 Obviously, these are before and after pictures. The block painted figures aren't bad looking, but by investing just a little more time, I can really give the figures some depth and a lot more visual appeal.
Posted by Scott MacPhee at 2:51 PM