Here is the last of the close order infantry for my Macedonian army.  The hypaspists were Philip and Alexander's elite foot soldiers, always stationed on the right of the infantry line.  They seem to have been more mobile than the pikemen, fluid enough to cover the gap between infantry and cavalry.  Some rules treat them as medium infantry, but I have always seen them as heavy.  The evidence does indicate that they were armed and equipped as hoplites.

These are Old Glory figures.  They came with cast on long spears which I was certain would bend and break, so I cut them away, drilled out their hands, and used .020" piano wire for spears. 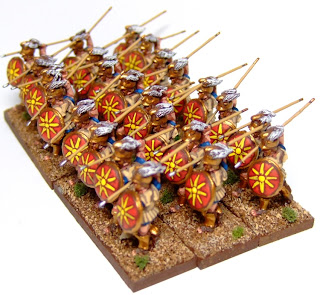 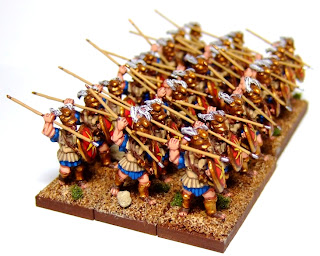 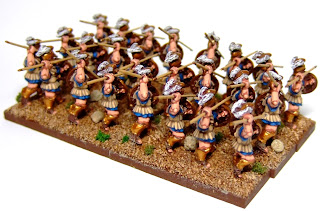 Posted by Scott MacPhee at 1:28 PM