I finished painting these figures a couple of weeks ago, but I only finished their basing today.  Here are two units of phalangites, based on the 40mm by 15mm bases that are pretty standard for ancient armies.
The figures are all from Old Glory (19th Century Miniatures), and I like them a lot.  Old Glory provides piano wire for the pikes, which I cut down to about 50mm.  This does scale out to 18 feet, so these pike lengths are accurate for Alexander's army. 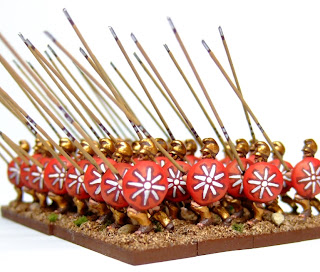 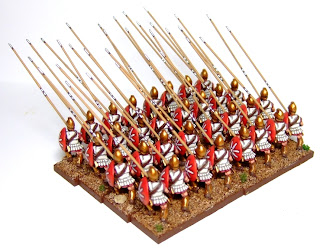 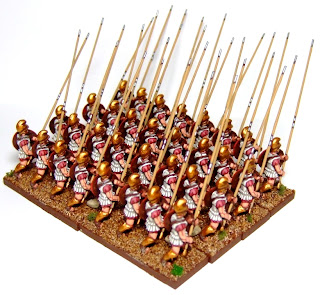 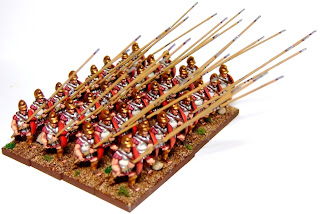 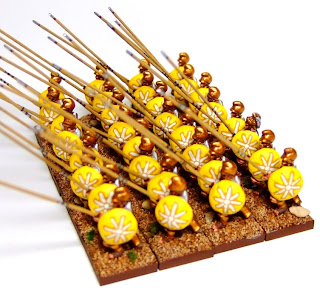 I don't yet know what rules I will be using, but I will probably start by trying Might of Arms.

Posted by Scott MacPhee at 6:00 PM