Today's mail brought a package from Dennis at On Military Matters.  This is an Histoire et Collections book entitled French Infantry Flags: From 1786 to the End of the Empire.  It was written by Ludovic Letrunand translated from the French by Alan McKay. 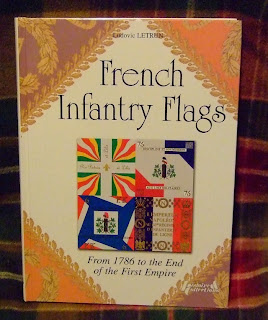 The first 20 pages consist of historical background on French flags, which went through at least nine redesigns in 29 years.  I have many Histoire et Collections books on Napoleonic battles, and while they include excellent uniform plates, the English translation is almost unreadable.  Alan McKay has provided a much more fluent translation.  It's not brilliant text, and some of the sentences do seem to go on forever, but the book is readable, which is more than I can say about the earlier books. 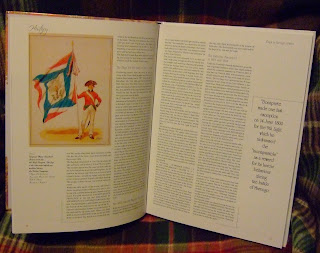 The heart of the book, though, are the 145 pages of color plates, depicting all of the French infantry flags of the French Revolution and Napoleonic Wars. 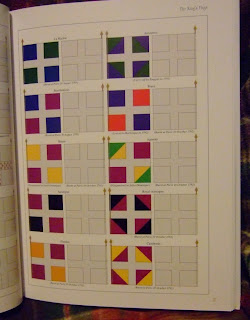 The book begins with the flags before the revolution.  All the flags are presented in this half style, where one side of each flag is shown. 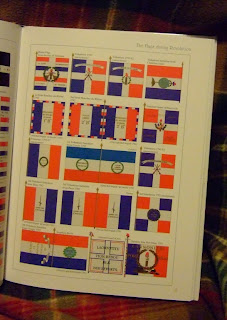 Starting with the French Revolutionary flags, some flags are presented with both sides.  This format should look familiar to anyone who has used paper flags for their figures. 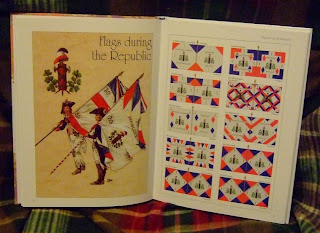 By the time the book gets to the third design, EVERY single flag gets the double sided treatment. 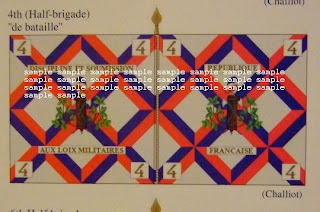 I had been feeling a bit overwhelmed by the sheer variety of French flags during the revolution.  This book will certainly make it easier for me to equip my armies.  A quick scan and some resizing should allow me to field flags for either 15mm or 28mm troops. 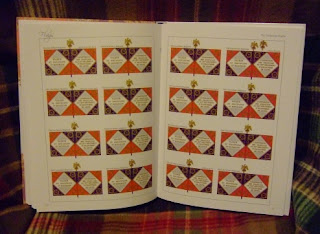 The book goes on to reproduce, in two sides, every flag in the diamond pattern.  If you game the Napoleonic Wars, these are most likely the flags you want.  They are all here--line, legere, even obscure foreign regiments.  Everything. 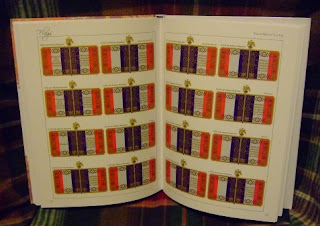 The 1812 pattern is less useful for me personally, but if you game anything from 1813-4, these should come in handy. 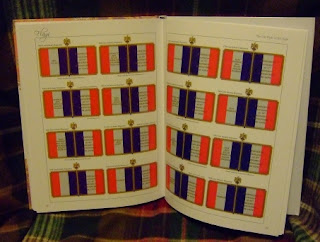 Finally the restored royal army flags are followed by the 1815 pattern.  You will need these to fight the hundred days. 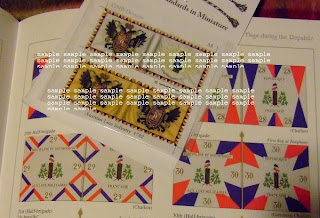 Here are some of the book's flags next to some GMB flags.  You can see that the book's flags are just slightly too large for 28mm figures, so you will not be able to make a straight color copy from the book, but some quick resizing should give you any French infantry flag you need from 1794 to 1815.

You can find the book at On Military Matters.  I highly recommend it to anyone building a French army.  I love GMB flags and will continue to use them when I can, but this book has everything.  Everything.  OMM has the best price I have seen on it.
Posted by Scott MacPhee at 7:44 PM