I took a little break from my endless marching men to paint some casualty markers. British Grenadier counts casualties by figure rather than stand, and most of my stands have four men on them, so I needed a way to indicate how many figures on a stand are casualties. I settled on square bases with the number of casualties written on each side.
The figures are Perry Miniatures, from pack AW46 "American Casualties." I tried to have a correctly uniformed casualty for each of my units. The bases are from Litko, and the numbers were written with a gold scrapbooking pen. 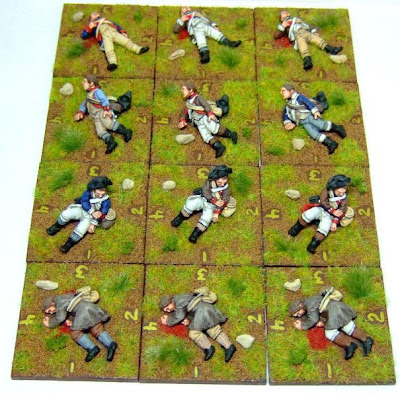 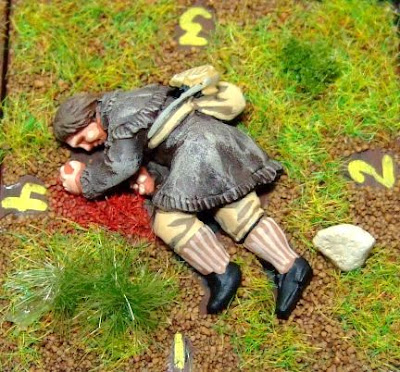 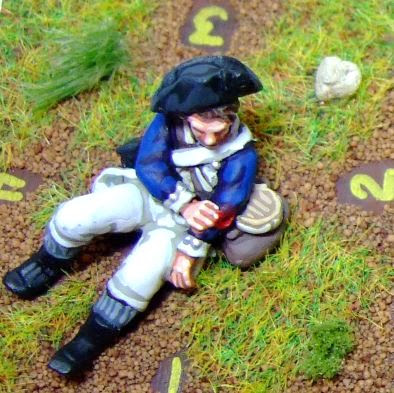 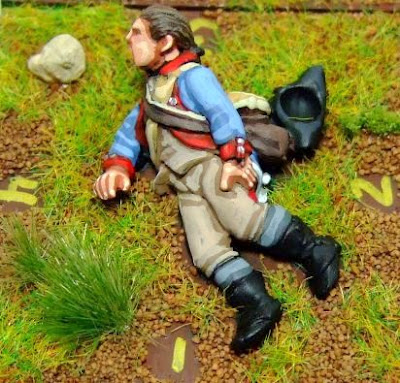 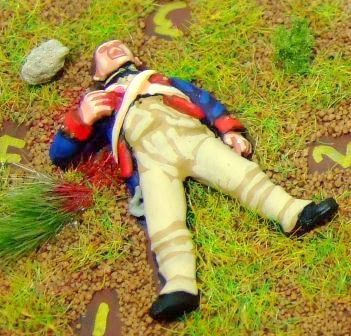