Last year I picked up some Foundry Macedonian blisters cheap on eBay. I planned to paint them for sale, but I didn't get any interest in my hypaspists, so I decided to start a 2000 point Warhammer Ancient Battles army. By hunting around eBay and Bartertown, I was able to assemble about half the castings I needed. A quick order to Foundry tonight (taking advantage of the Christmas 20% off sale), and I'm ready to start mustering the troops.

I've always been interested in the campaigns of Alexander, but I haven't fancied painting a huge Persian army to face him. Fortunately one of my students is painting a classical Greek hoplite army, so I'll have an opponent for my Macedonians.

When I painted the hypaspists, I used the bright colors common on Macedonian wargaming figures. To be honest, I've always considered those pastel color schemes suspect. I think that the Osprey Warrior volume on Macedonian infantry is more correct: plain red tunics, natural bronze armor, and white linothorax armor. I've decided to paint my Macedonian army in what I consider to be their most likely historical appearance. I presume that the shields with raised detail were stamped bronze, similar to the Successor shield found in Egypt.

These figures, then, are my first phalangites. 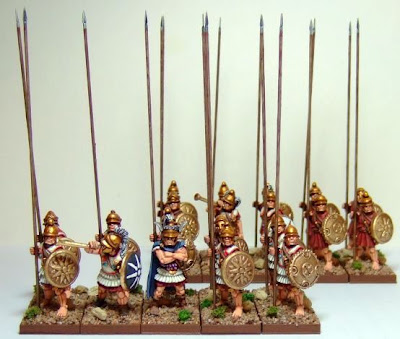 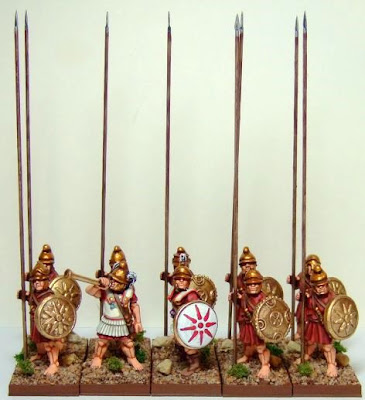 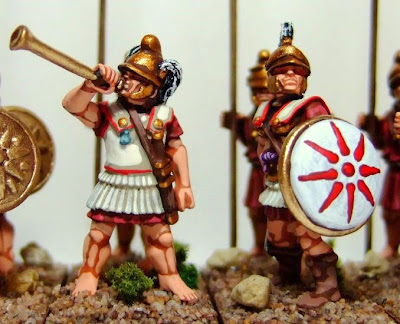 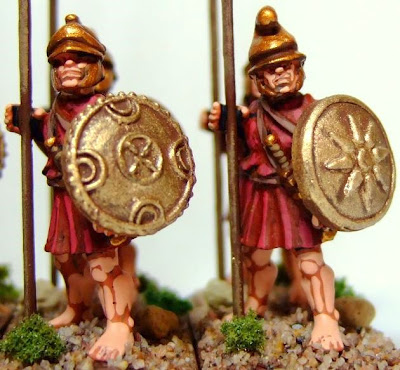 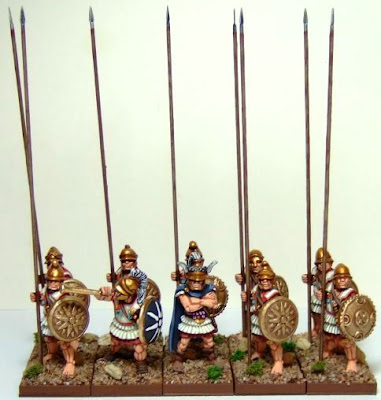 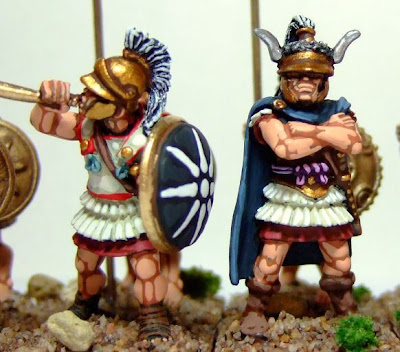 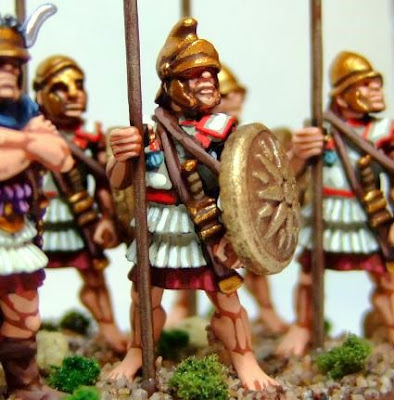 Armored Phalangites Detail
I like the Foundry figures well enough that I've spent enough time and money to build my whole army from Foundry figures. Usually I would have used Old Glory and Crusader, which are both excellent ranges, but Alexander's army may have been the best in history. I wanted to do these troops full justice. If I decide to expand the army to 3,000 or 4,000 points, I'll start adding troops from other manufacturers.

Here's my WAB roster. I'll be posting pictures of these units as I finish painting them. I hope to finish the entire project by the summer.