Ready to command my 28mm rebels, these Generals are a mix of Old Glory and Sash and Saber figures. 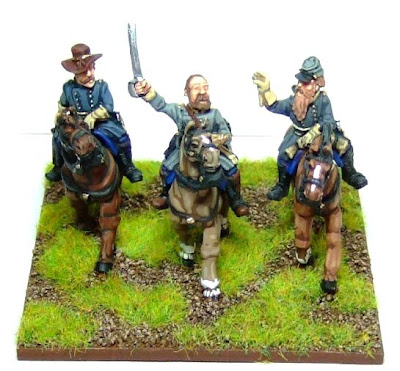 This is the division command stand. In retrospect, I probably should not have three generals on there, but maybe one major general and two aides. All the figures are Old Glory from pack WBS-68 "Confederate Mounted Colonels." 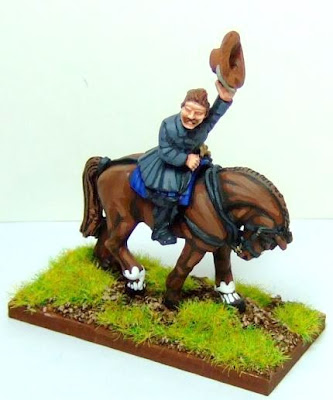 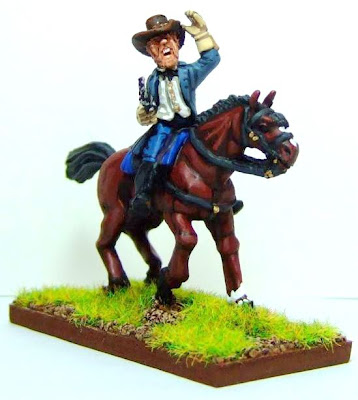 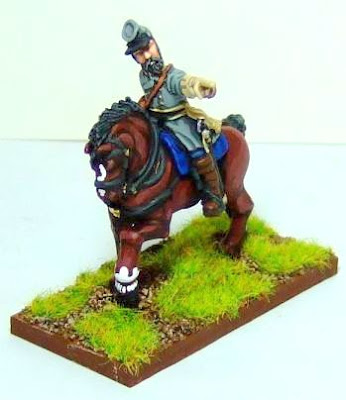 My three Old Glory brigade commanders are also from WBS-68. They're decent enough figures that painted up very well. 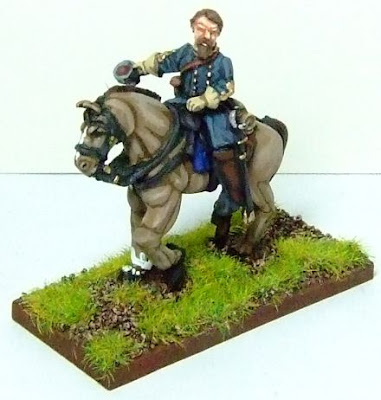 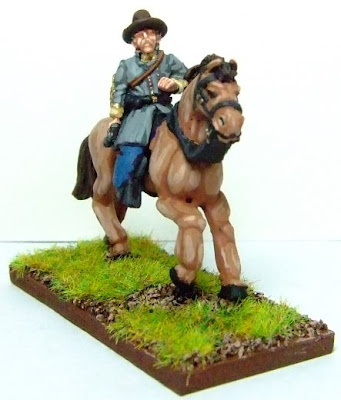 These are my two Sash and Saber generals. When I ordered these figures, Chris hadn't yet released generic generals, so these are actually two personality figures: John B. Gordon and Henry Heth.
Next up for the Confederates: dismounted cavalry!
Posted by Scott MacPhee at 8:55 AM