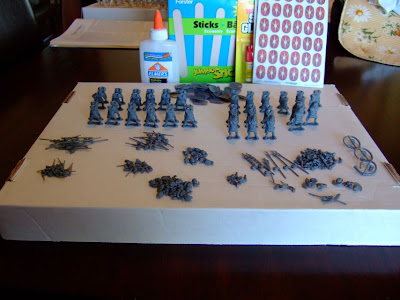 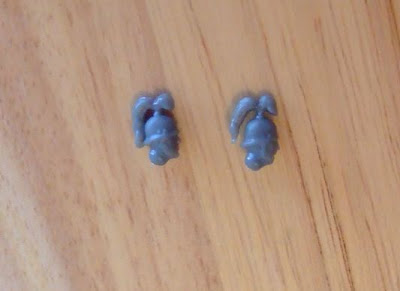 Heads
Here are the two legionary heads with plumes. The head on the right will be useful for anyone wishing to cut the plume off, but the plume on the left head isn't going anywhere. At least half your legionaries must wear plumes. 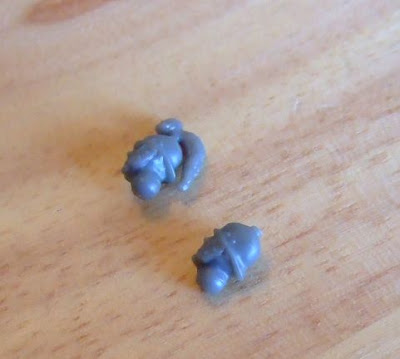 Head with plume, head without plume
This is the same head style. The plumes were easy to cut off, and the clean cut made it hard to tell the helmets had ever had a plume. I made one unit of plumeless legionaries, which you'll see soon if you keep reading the review.

Torsoes
The legionary torsoes come in three flavors. This was my least favorite of the three, since the legionary appears to be squatting. I've read on TMP that some people don't like the look of the Wargames Factory figures, thinking them too squat. Honestly, this is the only pose that criticism applies to, and there are only twelve of these in the box.

Here you can see that I cut away the gladius handle on these torsoes, since these figures are for my unit with drawn gladius.

The figures took glue very well, and I only had one slight breakage during painting (which was easily fixed). Still, constructing the figures took a long time. I would suggest that Wargames Factory consider making the shield arm part of the figure on future sets, which would save time building the figures, make the pose more natural, and allow the figures to rank up more easily (more on that later).

The Finished Product
So here's what you get for your $30. These are all 48 of the box's figures.