Unit II: Advancing with Pila
Although I cut the crests off the gladius armed troops, I kept them on these other two units. This unit got red plumes, the other unit black.

Here are some closeups of this unit. 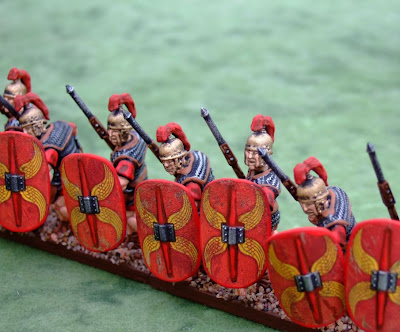 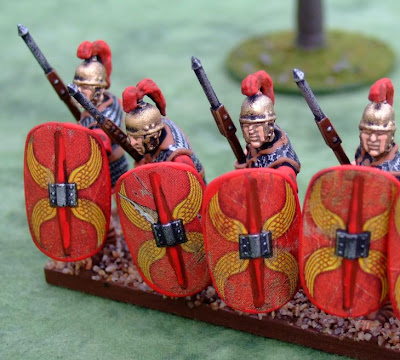 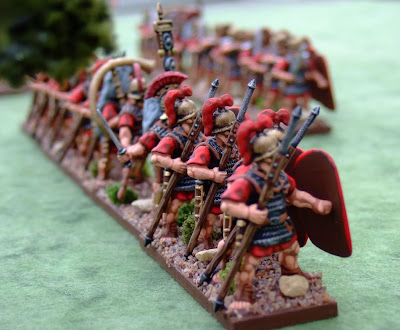 Those pila look very nice, maybe the best I've seen on 28mm troops. This is where the hard plastic really shows at its best. The detail is crisp, and while the pila are a little thicker than in life, they aren't the telephone poles I've seen some metal figures carry. And unlike metal, hard plastic won't bend. You'll never see a droopy pilum head in this unit. 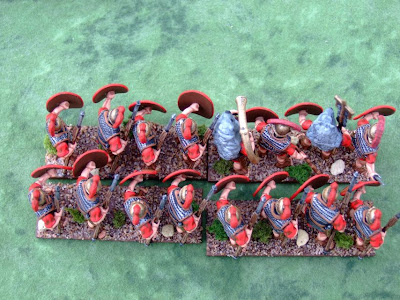