This weekend I turned my brush toward my old project, Second Punic War armies for Field of Glory. With these generals done, my Carthaginian army is complete.

Here are the three stands of generals: Hannibal in the center with his subordinates flanking him. All figures are Crusader. 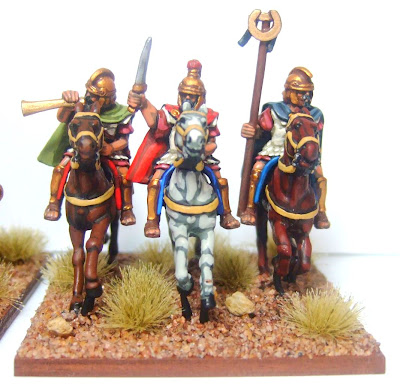 The subordinate generals are simply pack ANC008 "Carthaginian Cavalry Command." To mark them as generals' stands, I painted their cloaks in garish colors.

And here is Carthage's commander. This is from pack ANC011 "Hannibal Foot and Mounted Versions." 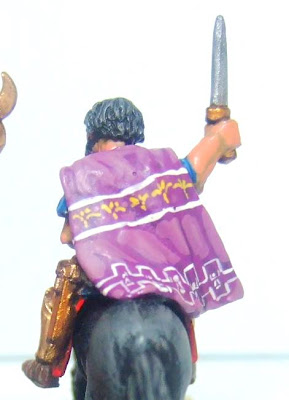 I gave Hannibal the most ornate dress in the army, painting his cloak with two patterns of traditional Carthaginian symbols. 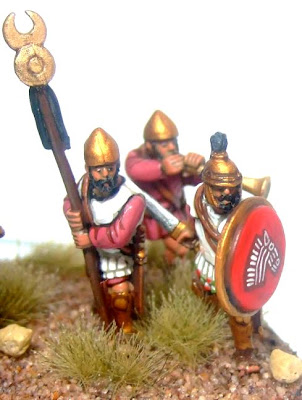 The foot soldiers on Hannibal's stand are from ANC006 "Infantry Command." They wear the same color tunic as my Libyan spearmen. The officer has some slight decoration on his armor. 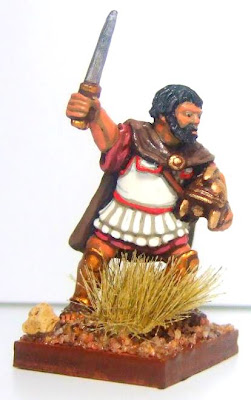 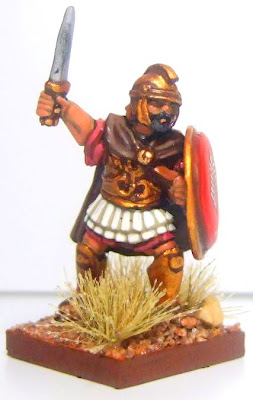 I had two figures left over: the dismounted Hannibal and another officer. I based these for my Warhammer Ancient Battles army.
Now on to the legions of Rome!
Posted by Scott MacPhee at 7:01 PM