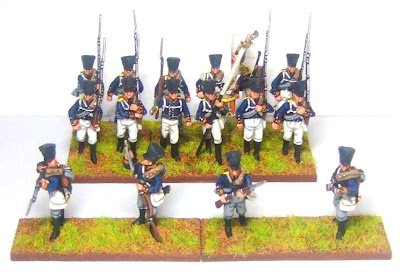 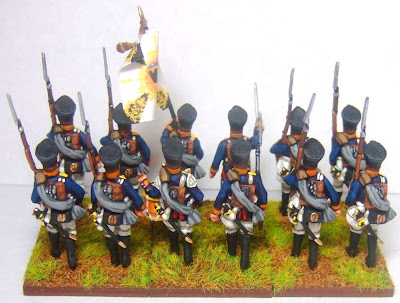 The figures are very similar in style to the previous HäT 28mm Napoleonics. Once again, HäT has made it possible to field armies of marching units, my preferred pose for horse and musket armies. 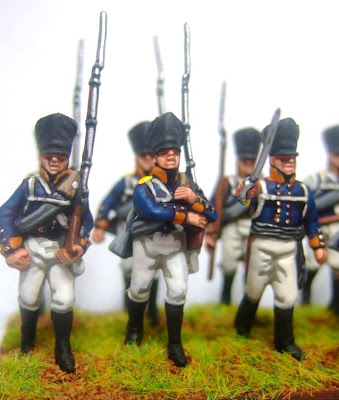 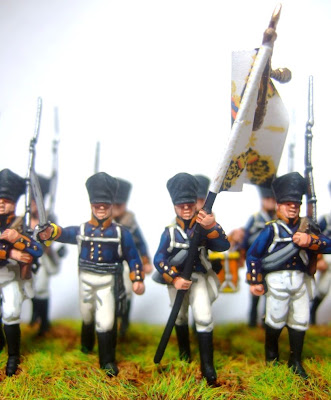 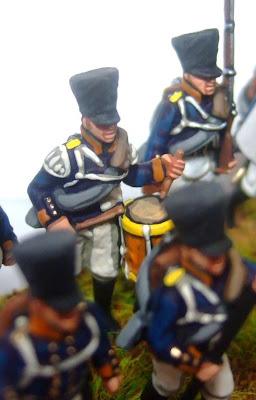 The figures are cast in two pieces. Once piece comprised the bulk of each figure, while the other piece consists of backpack, half the rolled greatcoat, and saber. This allows for some nice detail on the back of the figures.

These Prussians scale very well with the Bavarians and French HäT has already released. The Prussians may be a bit beefier, or it may just be the modern cut of the Prussian uniform. 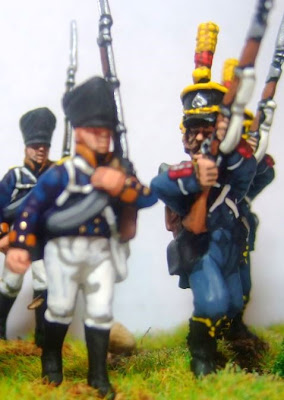 Once again, the HäT figures scale out to about the same height as metal 28mm figures, but they are much more slender. Here is a Prussian next to an Old Glory French Légere. 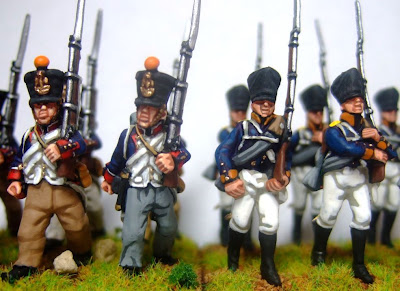 And here are some Prussians next to some Crusader French line infantry. I'm not sure I would mix HäT with other manufacturers on the same table, but it's certainly possible.
HäT has Spanish, Austrian, and Russian line infantry, as well as Prussian landwehr, in the pipeline. They may also have some French line infantry on the way, which will sure be the most useful set.
Should HäT decide to release cavalry, artillery, and generals to go with these infantry figures, I'll certainly start switching over to HäT for all my 28mm Napoleonic armies. Until they do so, you may have to settle for mixing metals with plastics. Alban Miniatures would be your best bet for a good fit.
Posted by Scott MacPhee at 12:20 PM