While I wait for the Perry Miniatures AWI order, I'm continuing to work on my 28mm ACW figures. I have a batch of 60 Confederate infantry that are at about the halfway point, but I'm also working on my terrain for American battlefields from 1775 to 1865. I bought a terrain mat, roads, hills, and streams from the Terrain Guy. Now I'm busy adding trees, crops, fencing, and buildings.
One great source for realistic terrain is the model railroading hobby. Scenery Express has a great web store, with good pictures of their inventory. I've done a post on the cornfield you can see below (it's actually O scale, which fits better with 28mm figures). Here is some HO scale rail fencing that I bought at a local store. All in all, I got 144" of fencing for $10.
These fences were actually three rail fences when I bought them, but with some clever knife work and careful glueing I was able to build taller six rail fences. I based the fences on strips of basswood, spray painted them brown, drybrushed a light grey, and flocked the bases.
These fences may seem too high, but compare them with the rail fence on the Hagerstown Turnpike at Antietam. The top rail on that fence is just over head height, which matches very well with my fences. 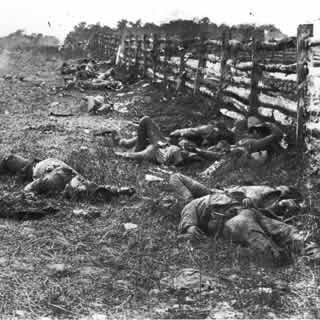 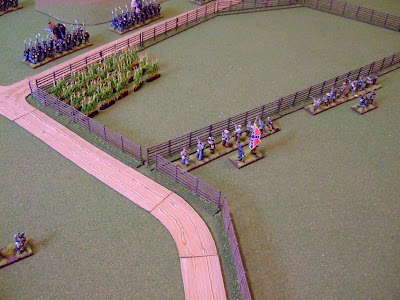 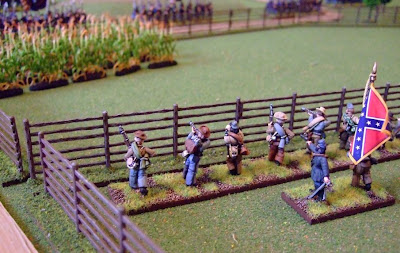 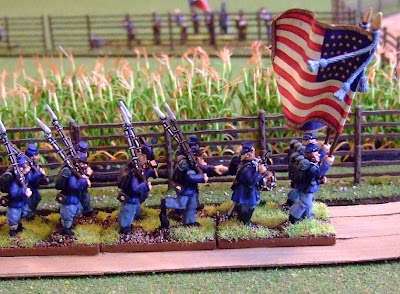 Model railroaders also seem to insist on more accurate trees than most wargamers do. In keeping with the Antietam theme, here are some trees in autumn colors. 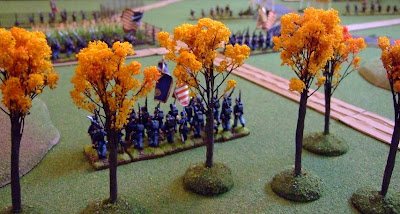 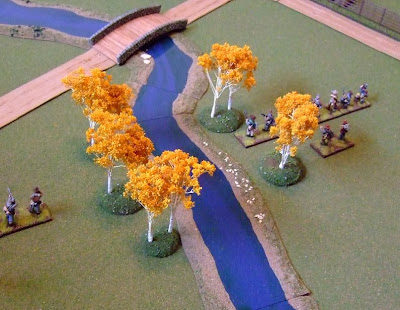 Notice the dappled appearance of the bark on these aspens! 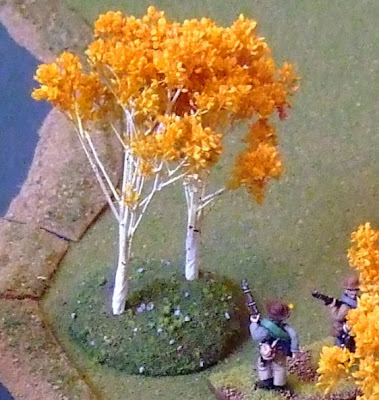 The model railroad terrain can be pricey, but once I've spent a couple thousand dollars on miniatures, I really don't mind spending a couple hundred dollars on terrain. If I'm going to spend the time to paint really impressive looking armies, I want the field on which they fight to look equally impressive.